I have to honestly say that potty training is my very least favourite parenting task to tackle. I would rather sleep train 5 babies to every toddler I have to potty train. Potty training is so incredibly intense for the first many days, and then it doesn’t (often) just magically “end” and BOOM they’re trained and they got it. There’s the constant reminding to go to the potty. It’s rare that there won’t be accidents or misses. And then, if you’re like 2/3’s of my children, there will be issues with poop. However, before I get into the dirty, I’ll share a summary of potty training our third boy. 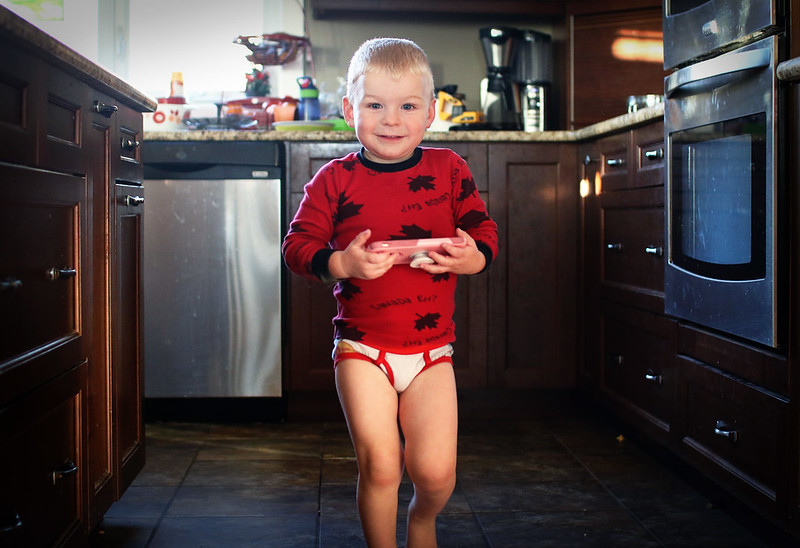 I first attempted to potty train Jonathan a little bit before the same age I did Braden, at 2 years and 2 months old. Jonathan is a lot like how Braden was—a very bright, keen and smart little boy…but he also has Ethan’s stubbornness. I only gave it 1 day, he did have some success, but my anxiety was sky high and the day ended in tears for me. I didn’t have the mental energy it took to continue full force, so I unapologetic-ally threw in the towel and didn’t regret it at all.

Fast forward to November where I was ready to go all in with a 2 year and 7 month old Jonathan, the same age I potty trained Ethan. I used my modified 3 Day Method for Jonathan too, and by the end of the first day, it was really starting to get it and learn his cues to run and go on the potty. I was exhausted, as I was on.his.tail even more that when I potty trained his brothers, and he didn’t have a big accident at all, I caught him the second he started to pee and would run to the bathroom to finish.

I started on a Monday and by the end of the week, he was going on cue (if I asked him to pee before we went somewhere or he had a nap), but he wasn’t ever going on his own. I figured come next Monday I’d have to do a full-on instensive potty-training-boot-camp…but something in his little brain really clicked on the Saturday and he just started magically going all by himself.

He transitioned to the big toilet really well, so I got rid of the little potty and seat right away, and he even was able to pee in public bathrooms no problem. He had one big pee accident on the way to town for the first time ever, but hasn’t had an issue since, even when he has a nap. 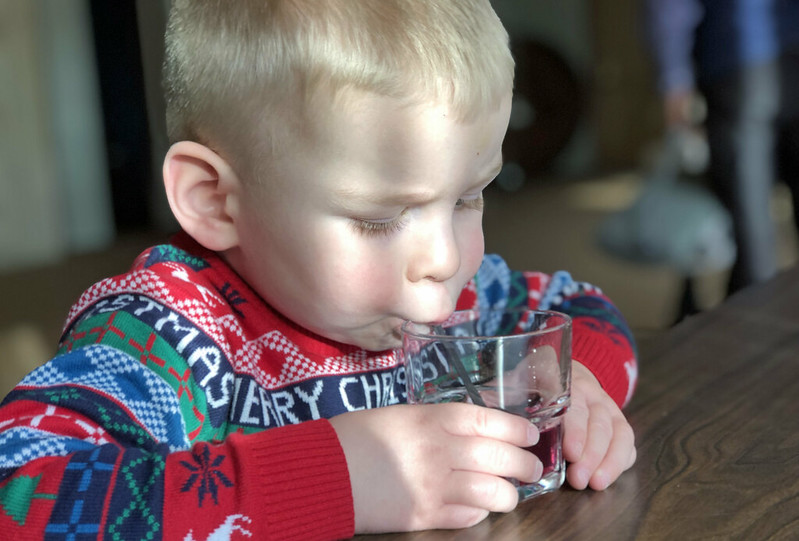 He is currently nap-trained, but isn’t anywhere near ready to be night-trained, I use a Huggies nighttime diaper on him and sometimes he even soaks through that. His brothers just self-night-trained so I’m hoping he’ll follow suit eventually.

When Your Potty-Training Toddler Won’t Poop in the Toilet

I know Jonathan, as I’m sure you know your child, and I know his I-have-to-poop cues. He knows he has to go, I know he has to go…but he won’t just sit down and do it.

I know a lot of kids have a big fear of pooping in the toilet and a lot of kids do it (or don’t do it!) because it’s one of the few things they can control in their little life. He had 1 success in the first few days of potty training but I literally had to chase him to the potty at the very last second and he was NOT happy about it. From then on, I just resorted to putting a pull-up on him to do his business, I didn’t want to stress about it and just hoped that it would work itself out.

I had Googled on what to do in our situation, and a lot of websites suggested putting a pull-up on, but getting them to do their business in the bathroom so they make that connection. Then graduate them to pooping in a pull-up ON the toilet and then eventually cutting a hole in the pull up and so on and so forth.

Not going to even try those shenanigans. If it worked for you, that’s great, but I just know Jonathan wouldn’t respond well to being held captive in a bathroom and told to poop in there. 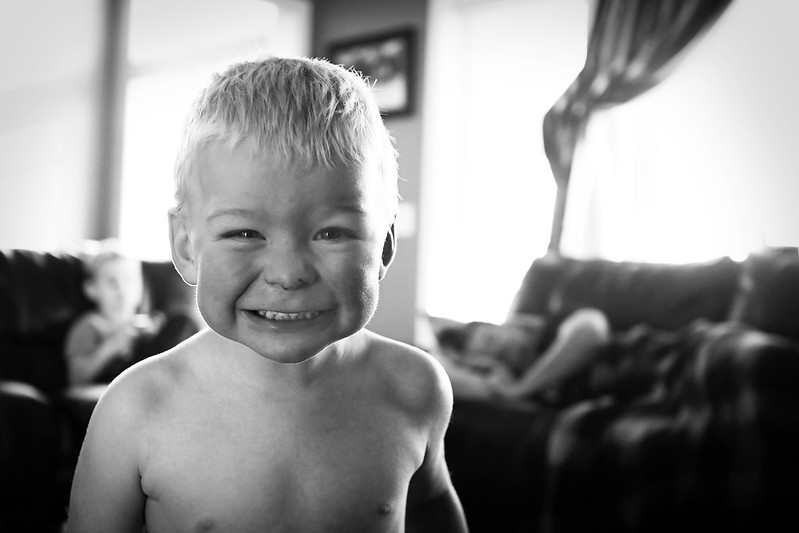 So what has worked? Well, over 2 months later, we are still working on it. It was actually Jay that finally got fed up and told him he’s pooping on the potty like a big boy. He’s had some little accidents and finishes on the potty, so that’s a good step, and just this week he has run to the bathroom on his own volition to poop without an accident.

I know we are not out of the woods, as just as I was writing this up I could tell he needed to go and was doing his I-gotta-poop routine, and I gave him lots of warning and encouragement to make sure he poops in the potty, but he still chose to poop in his underwear. It is not an accident anymore, he knows darn well what he’s doing and he gets punished (time out, etc) now for choosing to do this (my choice, may not work for you which is fine).

It’s All in the Attitude

This would have (and did!) driven me crazy if it was my first child, but with my third, I have chosen to have the attitude of “it won’t be like this forever”. He definitely needs encouragement and some sternness to know that pooping in his underwear is unacceptable, but I know it won’t last forever. Jonathan is a lot like Ethan in that he does things on his own time. I never would have thought Ethan would potty train the easiest with little-to-no issues after the initial training, but there you go!

So, my advice to you, if you’re in the same boat…just keep at it, follow your child’s cues and needs, and you’ll find something that works. Bribing has helped Jonathan, but it’s not the golden ticket either. He is SO PROUD when he is successful, but at the end of the day I’m hoping it will just click when he’s all ready so I don’t have to hound him on his poop days relentlessly!