::blink:: He’s 2! Just like that, our last baby is 2! Even if he’s been 2 for weeks, because his mom has been too busy in the garden to sit down and write this blog post! I did get to weigh him right before he turned 2 and he is 33 lbs 13 oz, so I’m very certain he is 34 lbs or more now and he’s sure a tall guy that I can’t measure because he’s too squirmy! 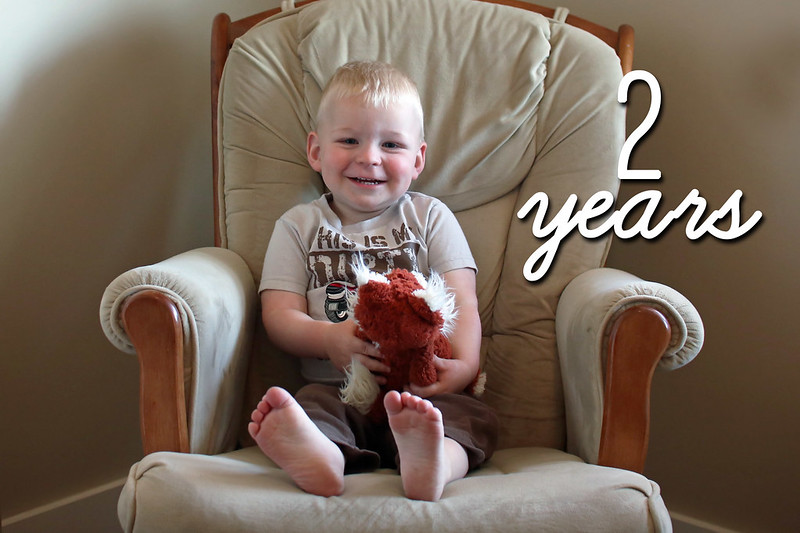 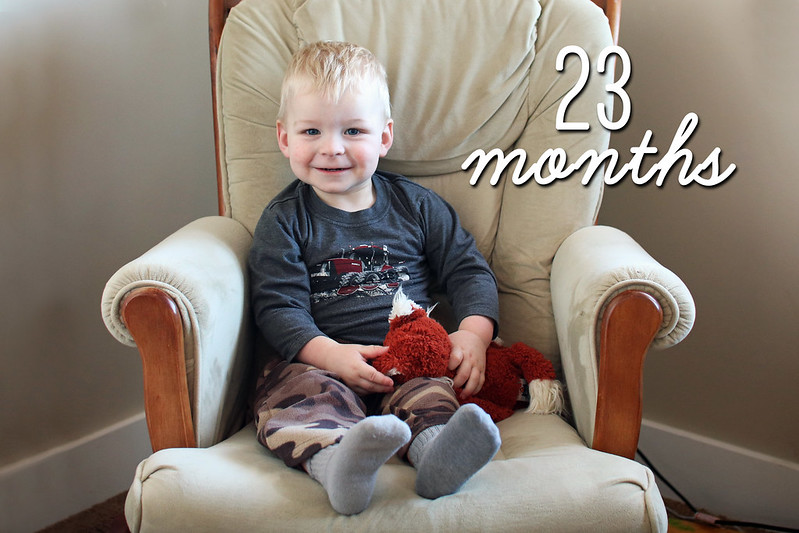 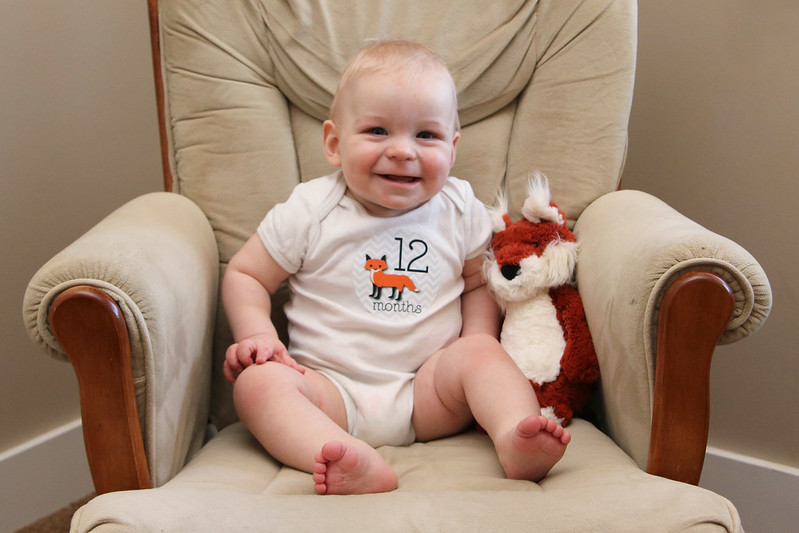 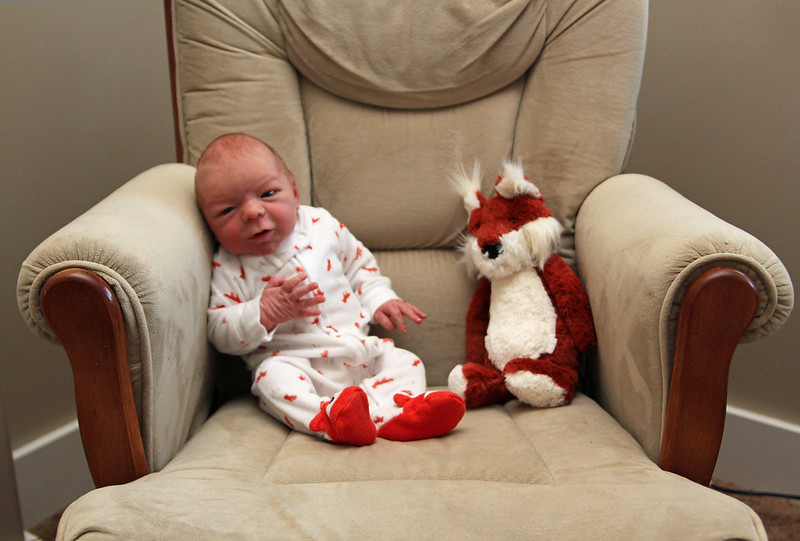 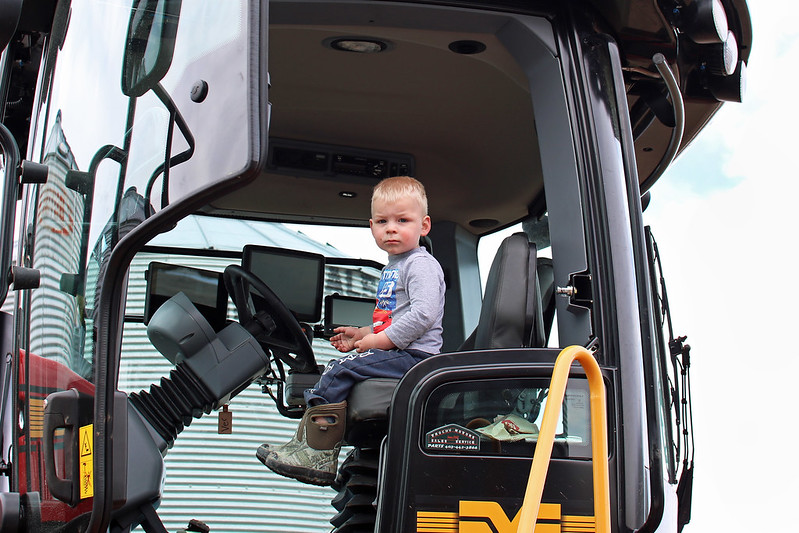 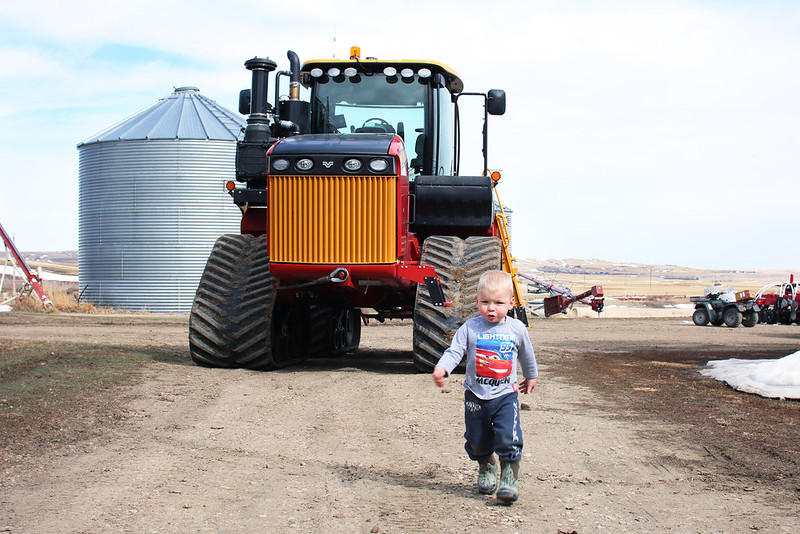 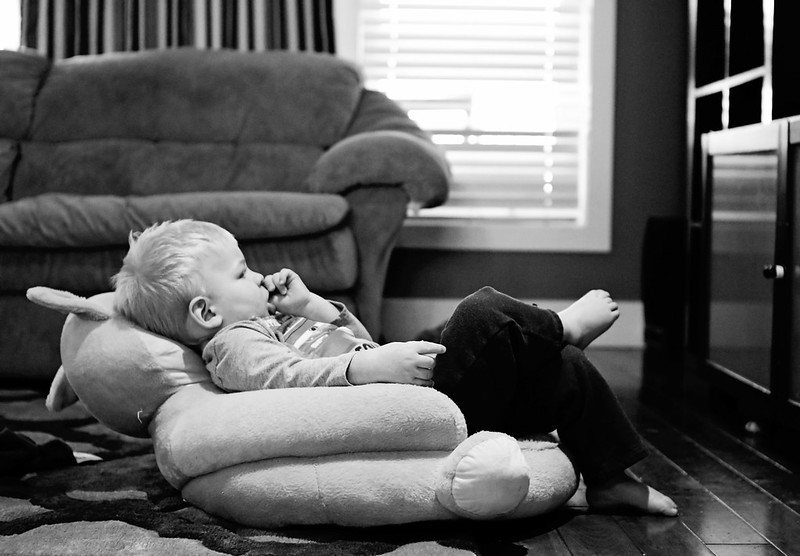 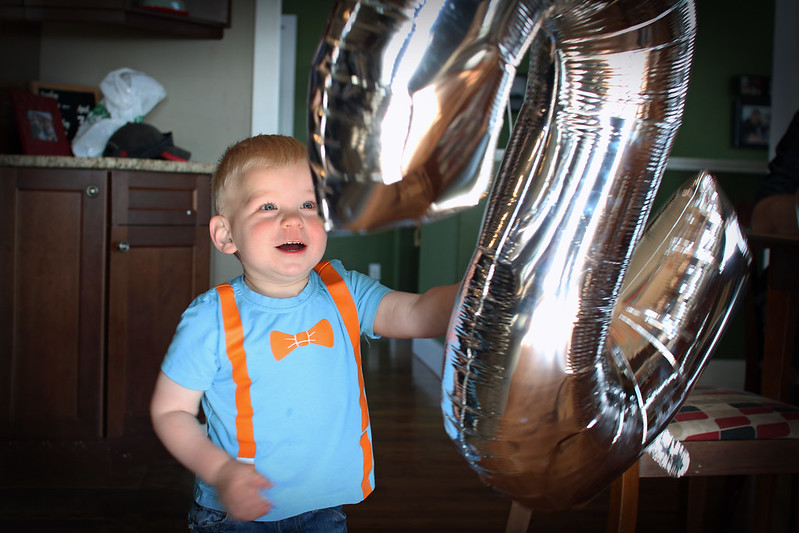 We celebrated Jonathan with a Blippi birthday party. If you don’t know who Blippi is, I wouldn’t expect you to unless you have a toddler or pre-schooler at home that has discovered this YouTube show! It’s wonderful, he loves it, he’s learned all his colours from Blippi and so much more, he was thrilled to have his blue and orange Blippi party! 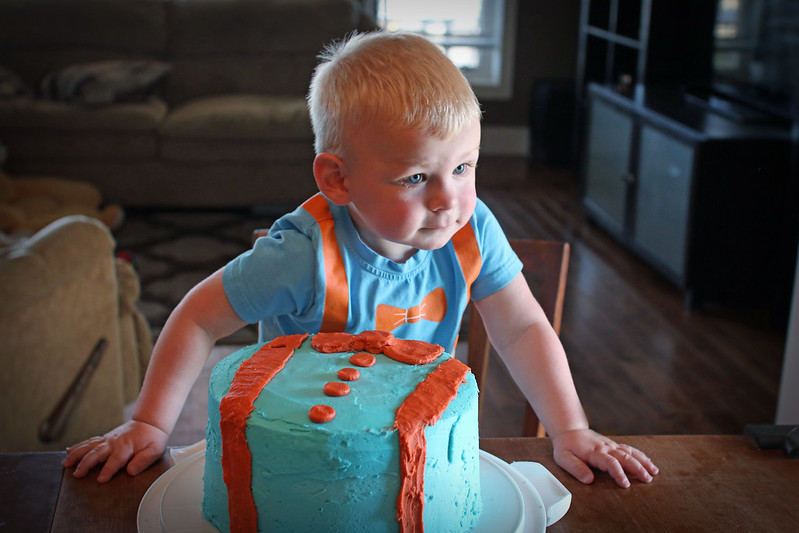 We had a small party for him on his birthday, which was a Monday this year, just with Grandma, Papa and the Nelsons. Just wanted to keep it really small as we were about to get into the craziness that is seeding and I didn’t want to try to find a weekend that worked to have more people, especially when Daddy, Papa and Uncle Craig wouldn’t be able to be there. 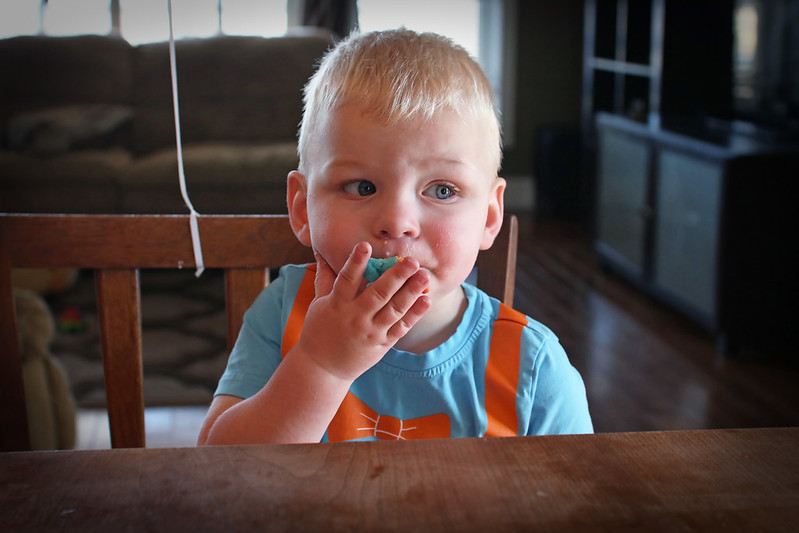 Jonathan is the busiest of our 3 boys by far. I thought Braden was busy, and he was…but this boy is at a whole other level. He still does well on a grocery store trip, but I need to be armed with snacks or else he gets squirmy and claims that he is “stuck” because of his “buck-uck” (buckle). I fully embrace the DVD player in our SUV, whereas with Braden and Ethan I was vehemently against it. Life is short, and if it keeps him happy and me calm, I’m all for that. 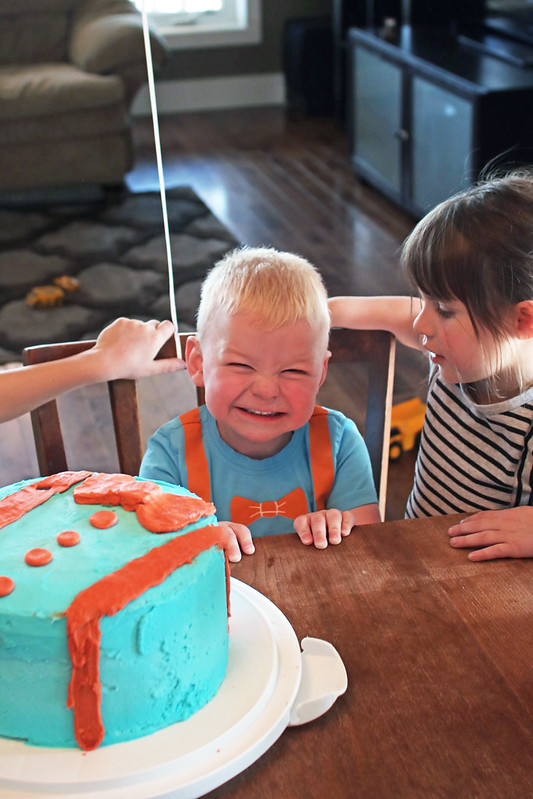 As his big brothers are playing soccer again this spring and we don’t get home until 9:00 PM, I have a babysitter that comes every week which is absolutely amazing! All I would do is chase Jonathan around the soccer field for 3 hours straight, and that is just not appealing. Babysitters for Jonathan are worth every single penny for me! 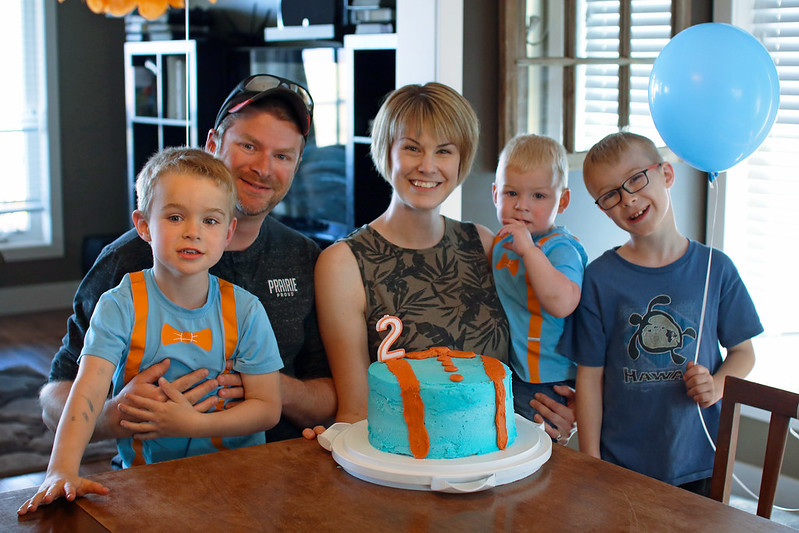 We love you so much, Jonathan!