Jonathan continues to be the busiest boy I’ve ever had…or ever met…and he keeps getting busier as the days go by! At 17 months, Braden was extremely busy too, and I can’t believe we’re only 1 month away from his 1/2 birthday! 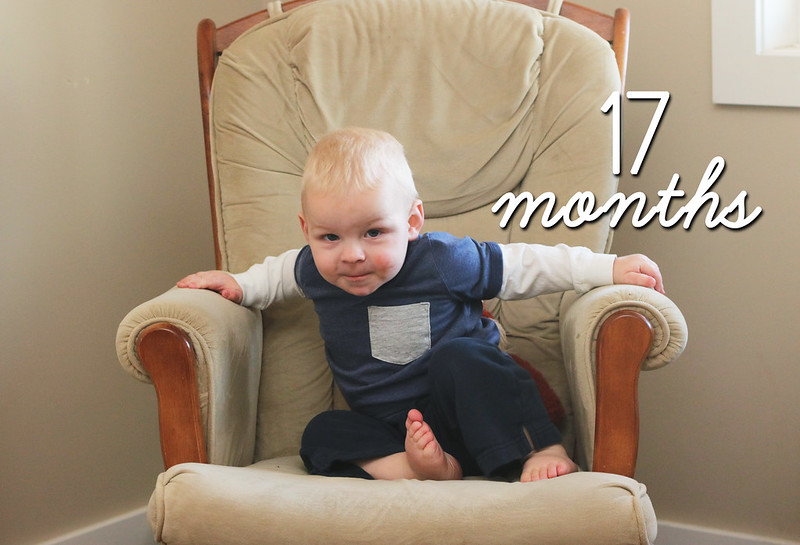 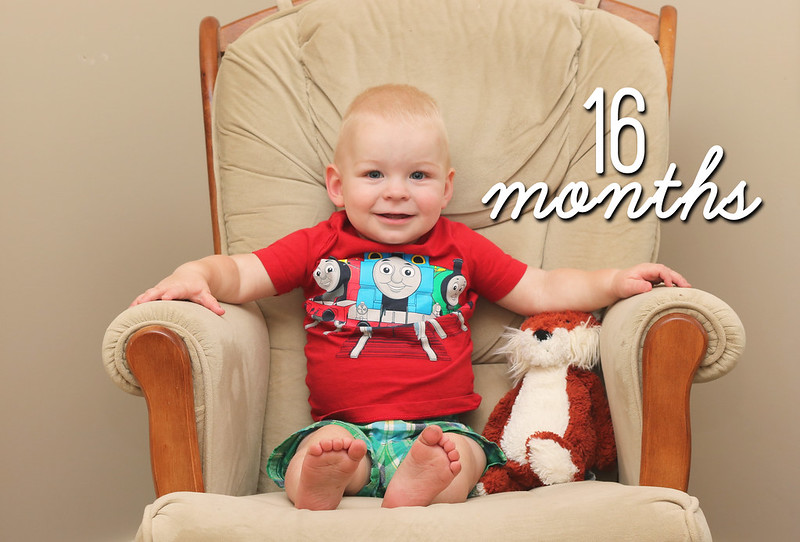 Not the best photo this month, because he was SO offended that I asked him to sit still so he did this (below) and then he just stood up and was being silly! 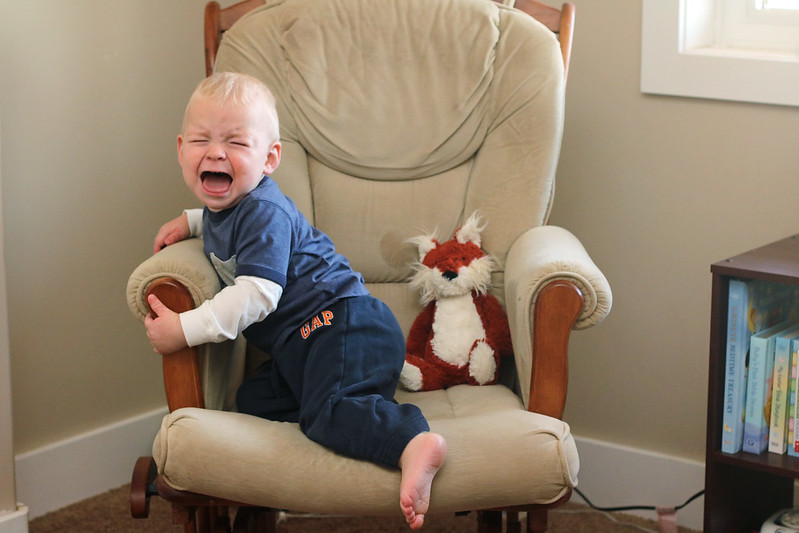 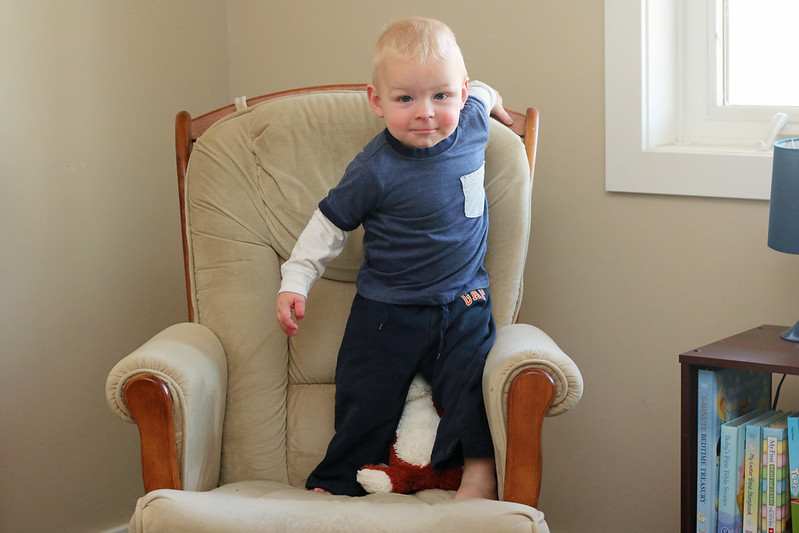 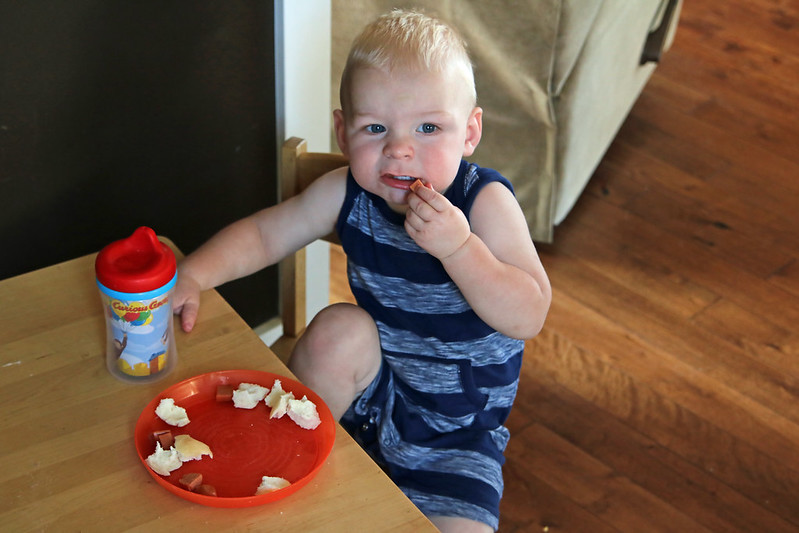 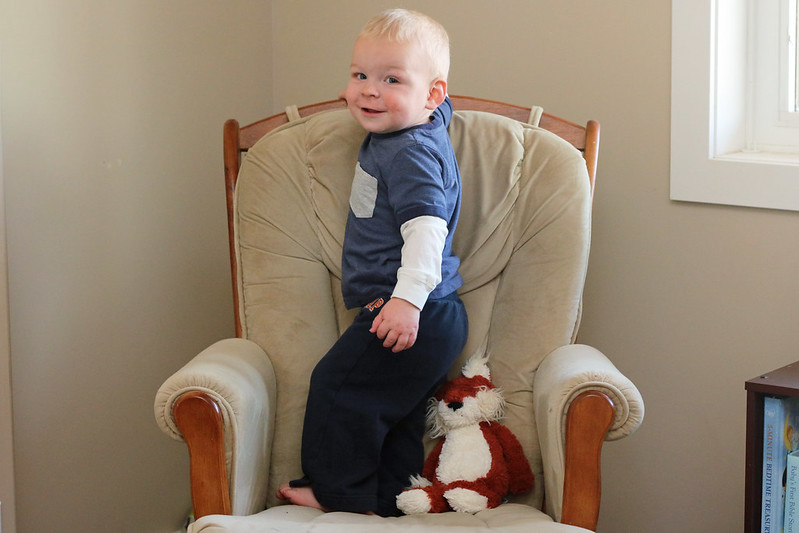 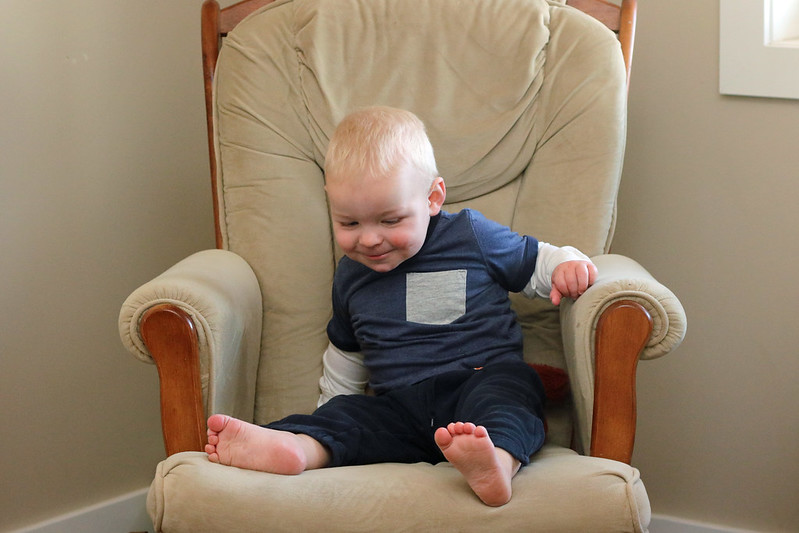 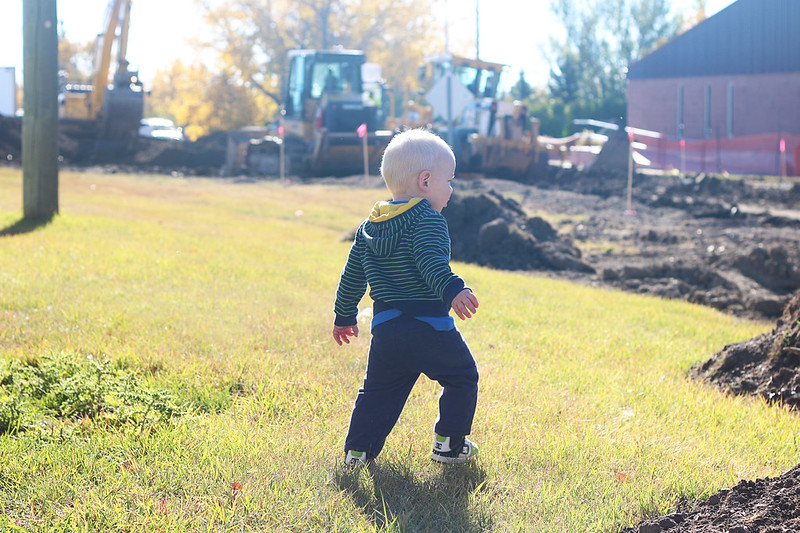 He’s truly such a happy little guy and he LOVES to show off and socialize around lots of people. He pretends to play shy for about 2.5 seconds and then quickly realizes it’s not worth the effort to keep up the facade.  He loves to walk around and give high 5s and if you chase him, you’ll be his best friend. 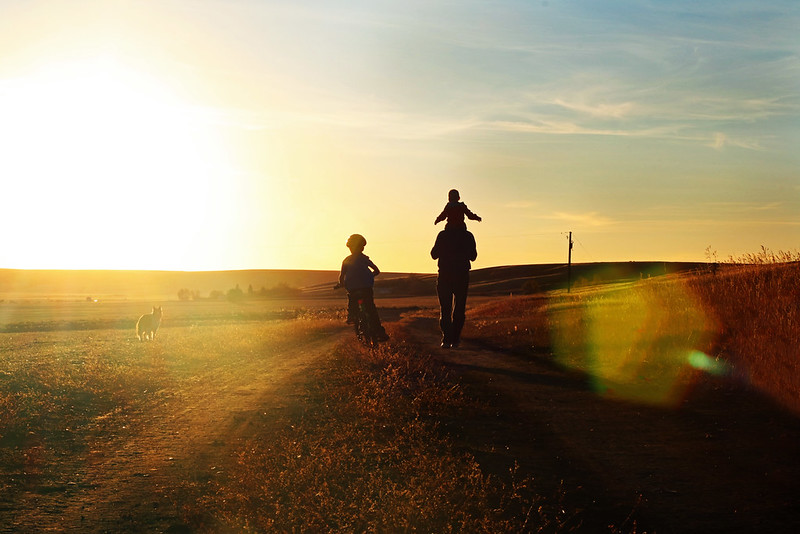 As I mentioned above, outside is his favourite place to be. I’ll just have to start bundling him up to take him outside to explore. And take this life lesson from Jonathan: if you fall down, pick yourself up and keep going. I can’t tell you how many times he tripped (because he’s not used to walking in shoes still) but he was just so happy he got right back up and kept going. 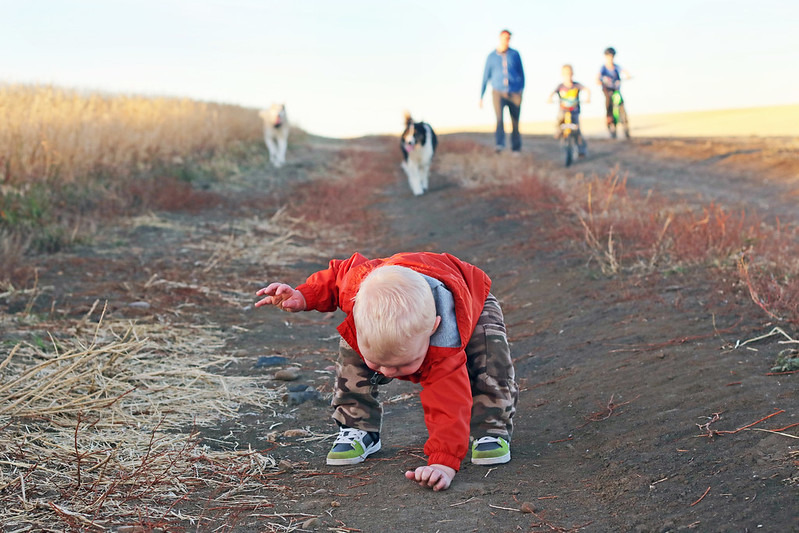 I am realizing now more than ever that he’s our last baby and now last toddler, that I’ve been spoiling him and myself with all the cute Carter’s clothes I can afford. I can rarely turn down a striped romper/1-piece outfit from there, especially if it has navy blue in it. My big hunky chunk of a boy! Also, we have an amazing consignment store and I make great money on these new clothes once he outgrows them. 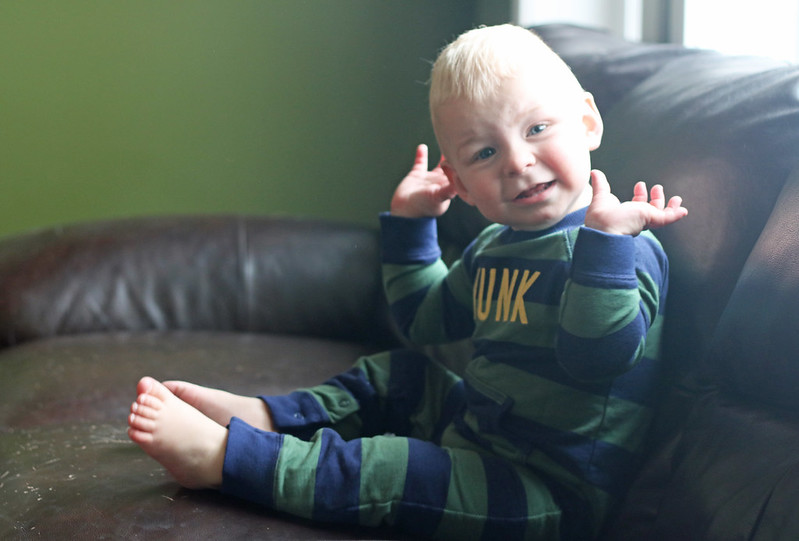 He loves saying goodbye to Jay and always has that fox in his arms in the mornings. He knows how to communicate very well with us, which cuts down on a LOT of whining. Again—it’s amazing to have home ice advantage, because when he’s hungry he goes to the pantry and asks “more!” and when he’s thirsty he goes to the fridge to ask for more. 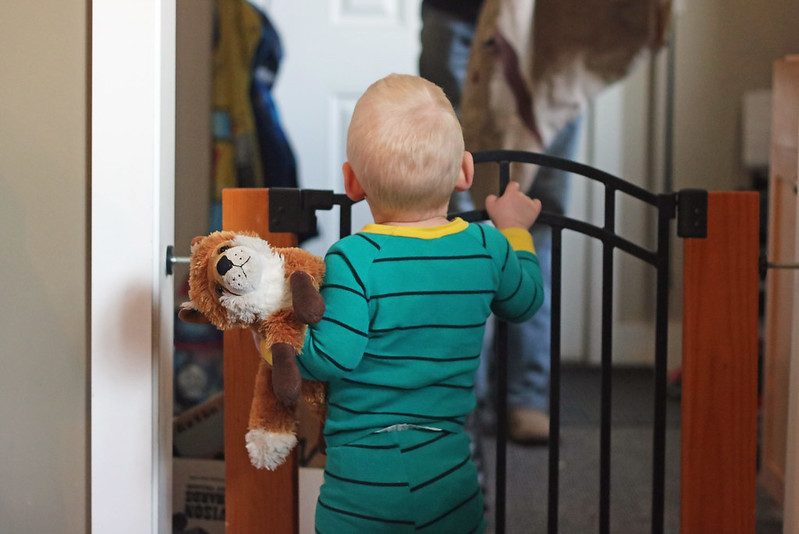 What a guy, Jonathan. We sure love you!