The birthday party items have arrived and we’re officially on the 1 month countdown to 1! He’s definitely starting the transition from baby to toddler, and we’re blessed every single moment we have with this baby. And now for the best monthly picture ever, because he finally discovered the fox sitting beside him: 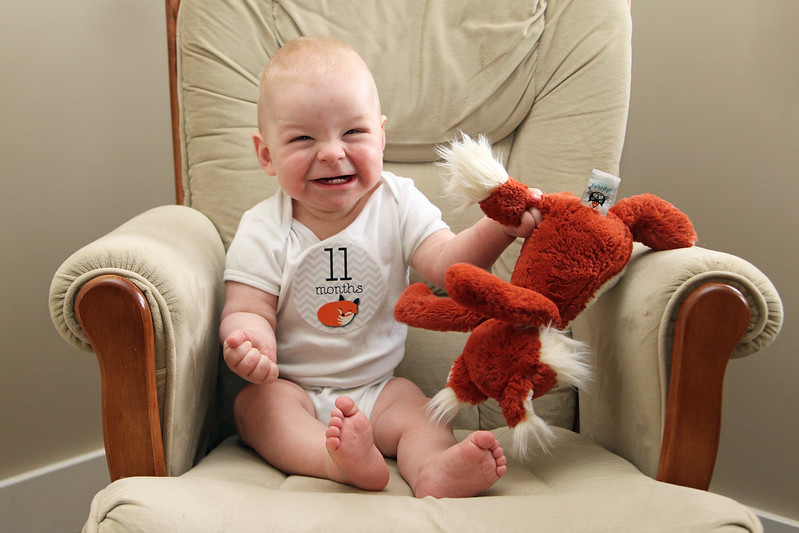 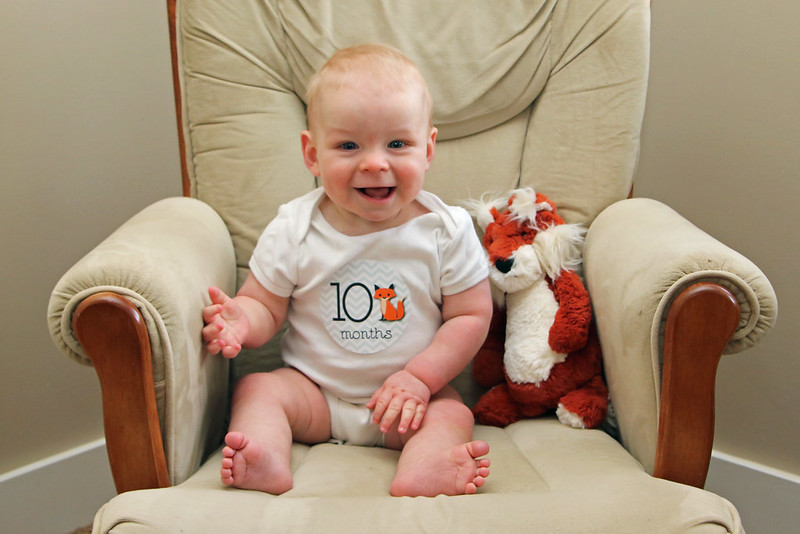 Jonathan seems to want to gain lots of weight, and finally grew an inch taller, but he’s gaining weight faster than growing taller and that has resulted in an extra arm roll and an extra leg roll! He’s definitely not a fat baby, but man is he ever solid! His hands are still huge and his feet are getting thick and pudgy like Braden’s used to be. 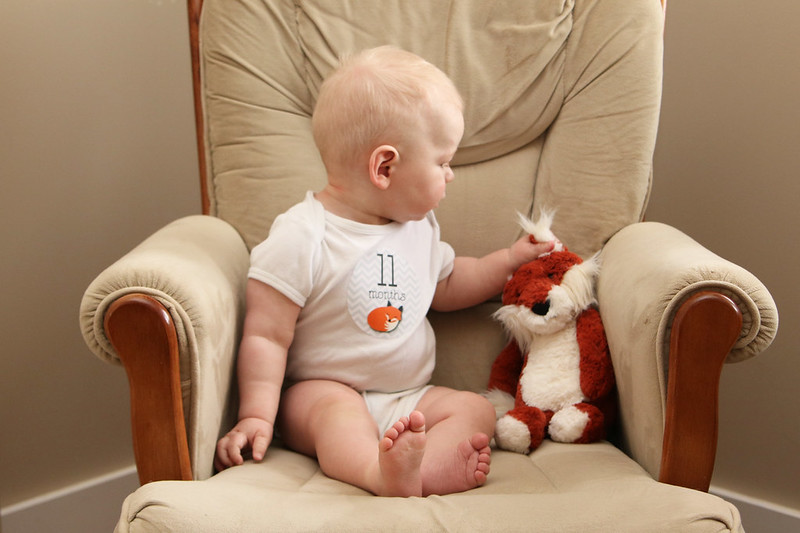 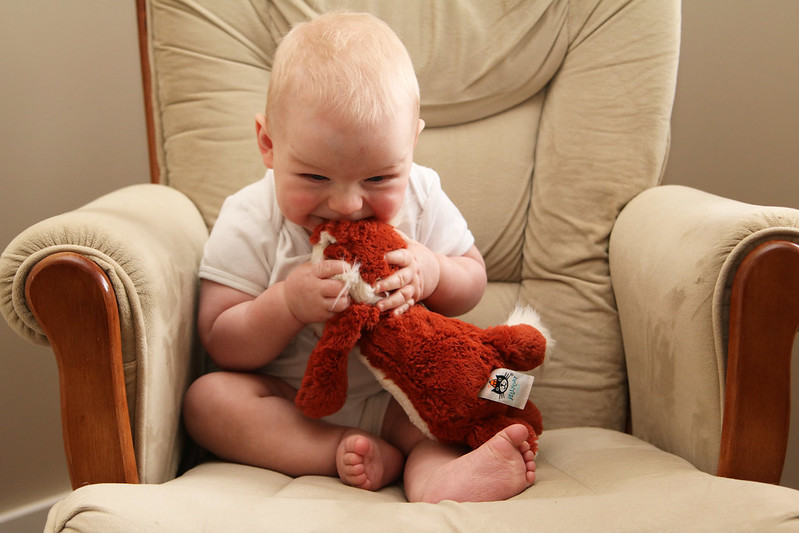 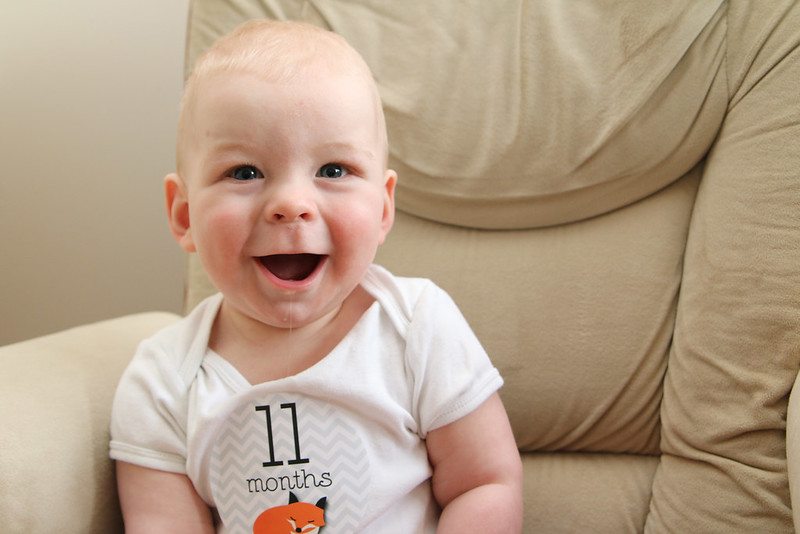 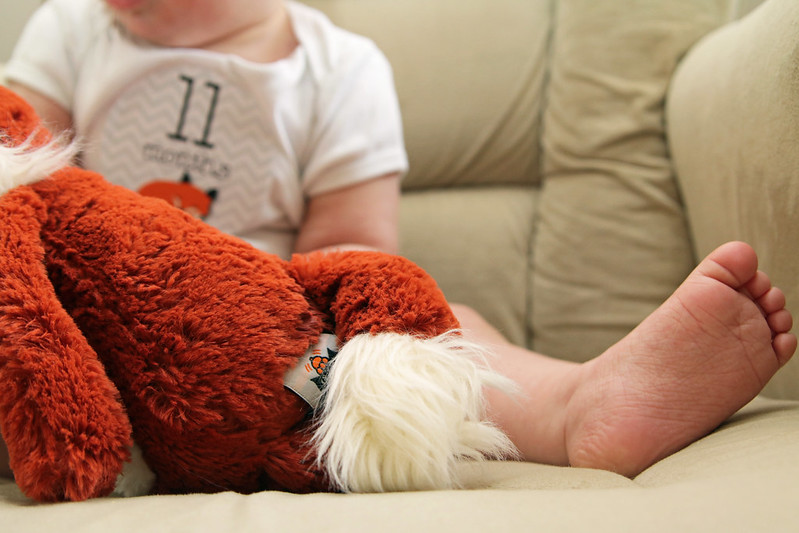 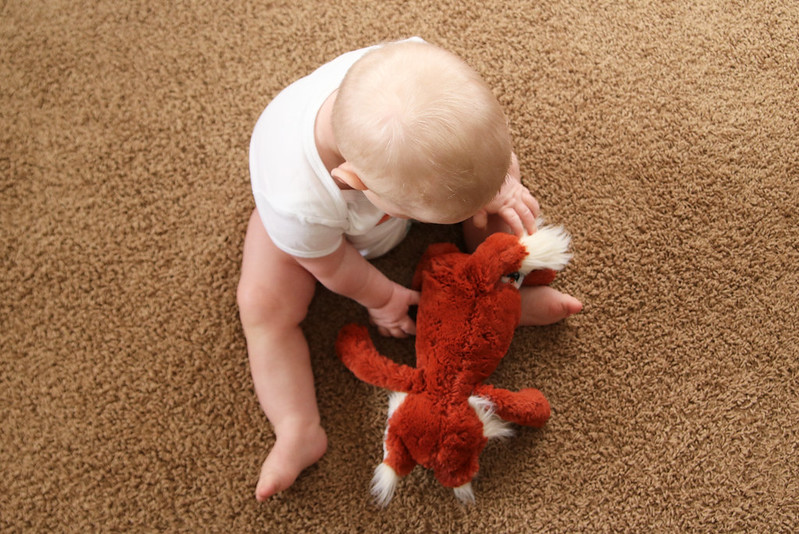 I’m eager to see what Dr. Mehta says when we see him April 24 for what will be Jonathan’s annual neurosurgery follow up. I feel like his head has regressed a bit, as we knew it would, but I’d like to know his CVI measurements. He still has some soft spot open on the top, I assume this is a good thing! Some photos he still looks “sagittal” to me, but I am also always going to be probably the only one who will notice these things. Man, does this child ever beat himself up! He cried twice yesterday from closed head injuries…he should still have his helmet, ironically! 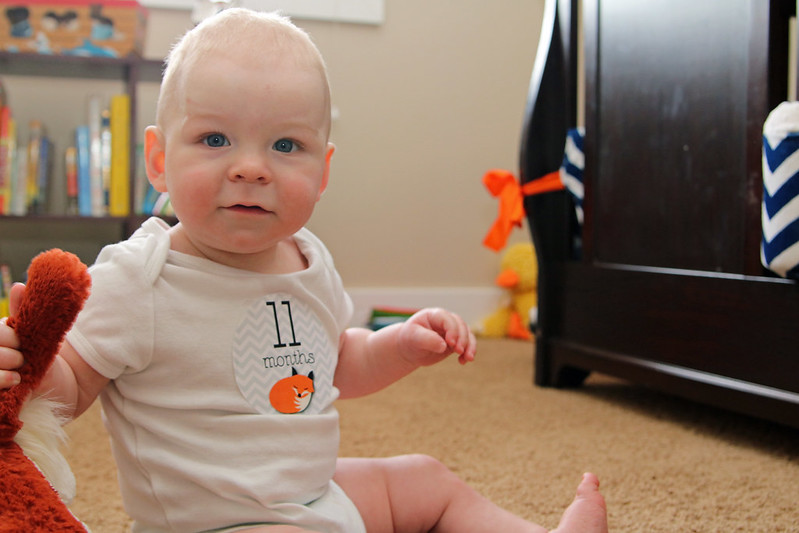 He is STILL drooling like crazy. I really wish he would stop, because he still needs to wear a bib most of the time and it’s so unsightly! He’s been puking or drooling non-stop since birth! Oh well. 1 more until 1!