Right from birth I wondered why my brand new baby had a ridge on the top/back of his skull. I just assumed perhaps his parietal skull bones overlapped from the trauma of a rather fast vaginal delivery and that they would correct themselves within a week or two. I asked about this at our two week and six week post-partum appointments and was told by our doctor that it was okay and not to worry about it. As I already explained in this post, I suspected that Jonathan has sagittal craniosynostosis, and those suspicions were confirmed when he was officially diagnosed this past Monday when we saw the neurosurgeon and the neurosurgery nurse practitioner. Only 1 in 2000 babies is born with this condition, so I can understand a bit why it was missed for so long, but in all honesty I’m having a hard time wrapping my own head around it. 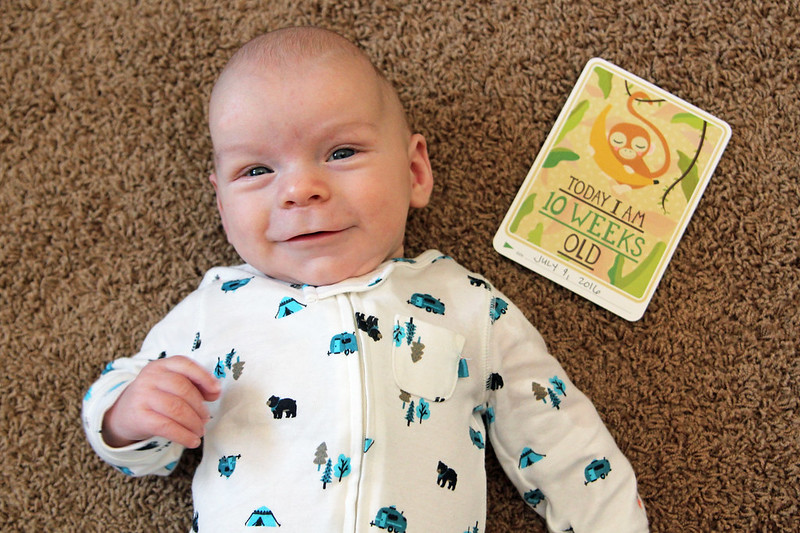 What is sagittal craniosynostosis?

It is a congenital birth defect of the skull — the early fusion/closure of the sagittal suture.

Sagittal craniosynostosis is the most common type of cranioysnostosis (40%-58% of all cranio cases) and affects more males than females. Early closure of the sagittal suture results in scaphocephaly. Infants will often have a protruding forehead, an elongated head, and protruding at the back of the skull.
– Cranio Care Bears

Jonathan, as I have learned, is a classic sagittal baby, and I was told at his appointment that he is a mild-moderate case. His head is definitely narrow (always has been, especially from a bird’s eye view) as demonstrated in the graphic above, not round like a normal head and he has no posterior fontanel (soft spot). His forehead has started to boss (protrude) around 8 weeks and has gotten slightly worse as the time goes on, his head looks pinched in at the temples and the sides of his head on the back are starting to flatten more and more. The only thing he doesn’t have is the protruding at the back of the skull, which I’m thankful for, because I’m hoping it won’t be as hard to correct his head shape.

How do you treat sagittal craniosynostosis?

Surgery is almost always the only option, and there are two types of surgery:

There are pros and cons to anything in life, and Jonathan is going to have the endoscopic surgery. It is about a 1.5 hour surgery and a 2 night stay in the hospital with minimal risk (about 10%) for blood transfusion. Our surgeon likes to do the endo surgery if the babies are at least 10 lbs (Jonathan was 14 lbs at his appointment) and 11-13 weeks old optimally. The CVR surgery is typically done after the baby turns 6 months old and is an OR time of at least 4 hours with double the hospital stay and almost always needing a blood transfusion.

One of the possibly-seen downsides of endoscopic surgery is the need for a molding helmet after. Jonathan will be fitted for his helmet 2 weeks after surgery and ease into wearing it 23 hours a day for about 4 months. We hope to have it off by Christmas, but of course want what’s best for him. We’ll have to drive to Edmonton (a 3+ hour drive one way) every 2-3 weeks in the beginning for helmet adjustments.

Here are some photos to demonstrate Jonathan’s sagittal craniosynostosis: 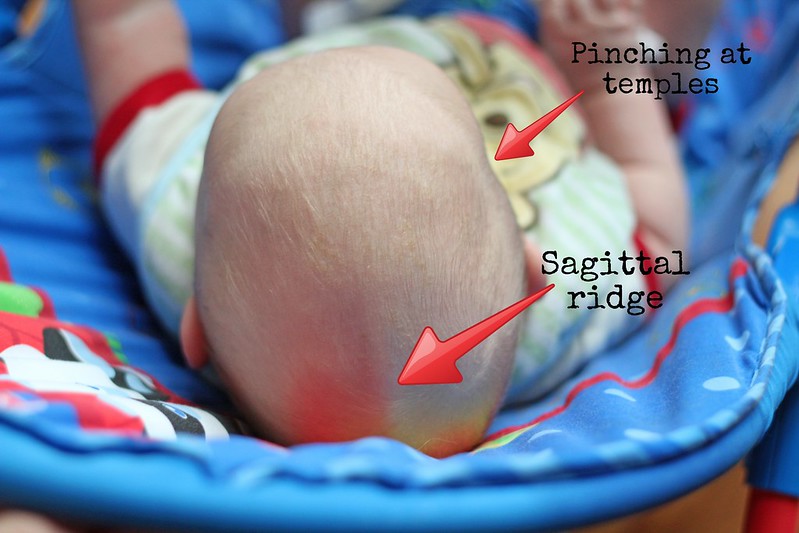 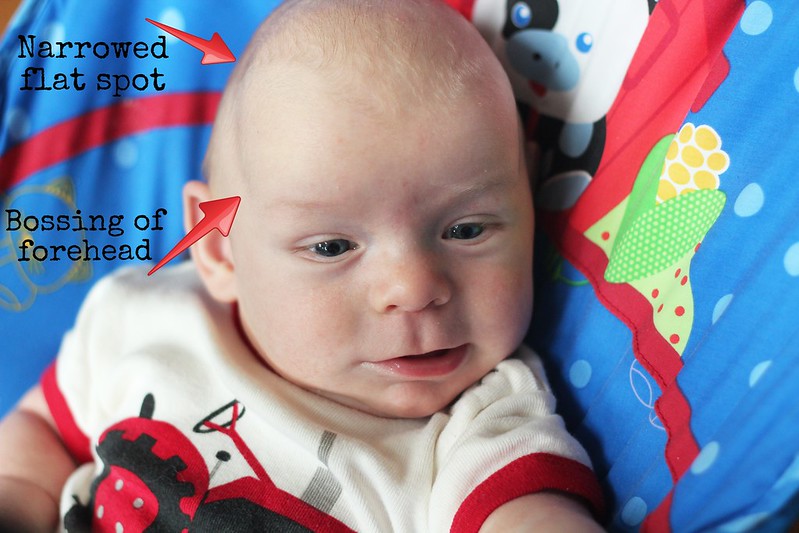 To demonstrate, via bird’s eye view, his narrow skull shape: 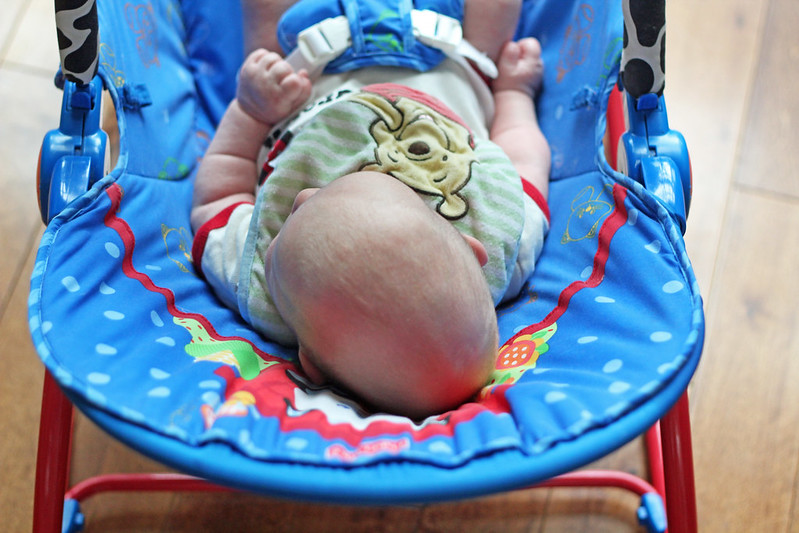 And you can see in this photo how he doesn’t have the protruding occiput (back of the skull) like some sagittal babies do: 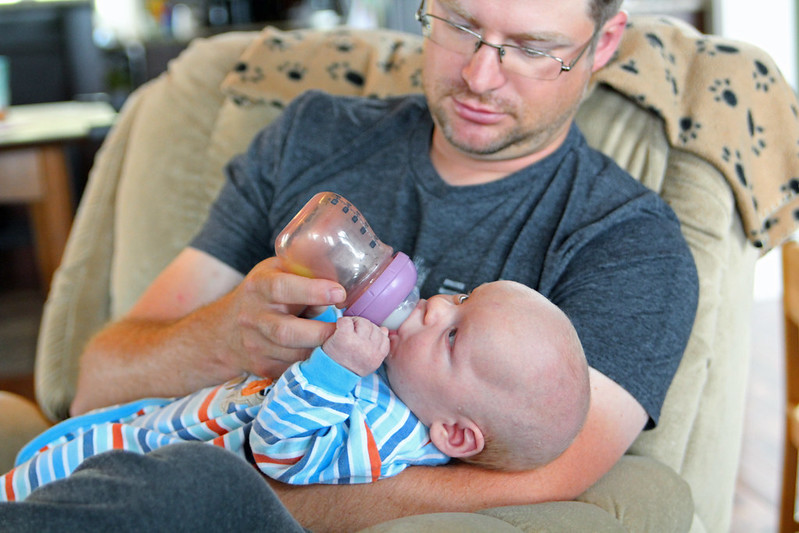 He is still perfect in every single way to me, but this is a step that we need to take to give his brain proper room to grow. Please keep Jonathan and my family in your thoughts and prayers as he has surgery on Tuesday July 19. You can follow Jonathan’s journey every step of the way by liking our page on Facebook. 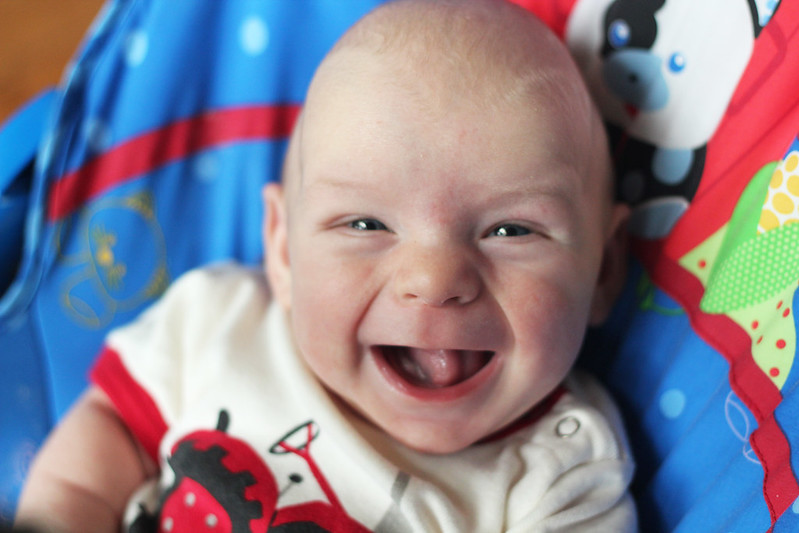 Hi Sarah,
I’ve been googling and crying all day today. I suspect my little one ( 2 weeks old) has sagittal fusion. It doesn’t look serious right now but I know it can change as he grows. I’m so worried and wondered if you would be able to contact me to chat?

Hi Tracey, I’m so sorry I missed this, commenting on a blog I don’t write on much anymore has failed me to see this. Wishing you all the best and please email me if you want to!

[…] I learned of our baby’s craniosynostosis diagnosis, and that I wanted to push and fight for him to have the less invasive surgery, I also […]

Life (So Far) With a Cranial Helmet - Nurse Loves Farmer

[…] also not expecting it to be so loose, or at least how loose it seems. Since Jonathan was born with sagittal synostosis, his head is narrow and long, so it needs to grow wide to get the proper head shape. It’s […]

[…] and also to get fitted for his helmet. He needs a helmet to help shape his head properly from his sagittal synostosis repair. He will work up to wearing his helmet 23 hours a day for 4-5 months. If I’m honest, […]

[…] me noticed in Jonathan’s new monthly update photos that his head had a distinctive “sagittal” look to it. It was then and there that I got passionate to advocate for our son so that he […]

Sarah,
Thanks as always for your courage to talk about deeply personal stuff in the process of informing the public. Jonathan is a blessed child to be in your family in general, but particularly with your smart dealing his syndrome.

The Other Side - Nurse Loves Farmer

[…] to diagnosis, to surgery, all in a matter of 20 days, we are officially on the other side of sagittal synostosis. It’s been a stressful and emotional whirlwind of a last few weeks and I feel like the dust […]

Sarah,
My daughter had the same diagnosis and had surgery at 3 months. She is now 23 and just graduated double major from Loyola in Chicago. If I can help w questions or just to talk to someone that has gone through it please let me know. Prayers for a quick recovery. He is adorable. 🙂

We have been following you on your blog for quite sometime now. Was happy when your new baby arrived. Just read about his recent diagnosis. It is interesting in that our great niece was diagnosed with the very same thing in May. She has had her surgery and is now wearing her helmet. Although it is something that is not often heard about, once we learned our niece had it we learned of several who had it and have successfully undergone the surgery. It is hard to see these little ones have to undergo surgery of any kind. You all… Read more »

Saying a prayer for your little man. It’s so scary to watch our little ones go through so much but such a comfort that they are safe I’m God’s hands.

Good Luck!! Check out all the cool decorated helmets on Pinterest. 😉 He will have the ability for a great built in Halloween costume.
My recent post A year…

Praying for you and your family. Our daughter also had to wear the "dreaded" helmet due to plagiocephaly/torticollis. While it was hard on us as parents, it didn't phase her one bit! Good luck with the surgery! I'll be thinking of you guys. (And though our daughter wasn't in the helmet for the same reason, if you're ever curious to hear about our experience, feel free to reach out.)

Thanks, Emily, I appreciate that a lot!