I cannot imagine what life would be like as a parent of a child/children with minor medical issues without my medical background. If it weren’t for my advocating, Ethan wouldn’t be getting his tonsils and adenoids removed in the fall. I went for a (not even a routine) visit to our GP (no pediatricians where we live) for both boys in January to get their ENT (ears, nose, throat) issues sorted out. Braden is a mouth-breather and chronically sounds congested even when he’s not, and Ethan’s tonsils are ginormous, to say the least, causing sleep apnea. Thankfully the doc agreed that it wouldn’t hurt at all to send in a referral to the children’s hospital for ENT for both boys. This process, which is a first for me, takes lots of patience. 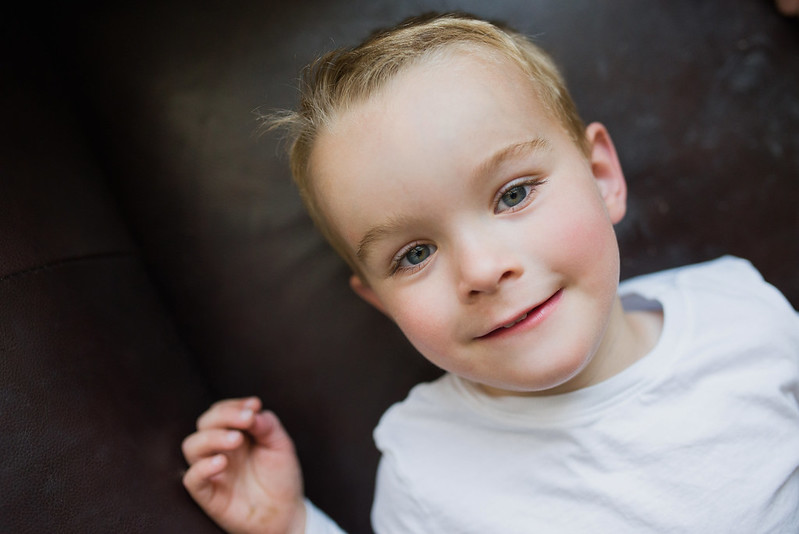 We heard back from Children’s within a week, but the appointment to see the surgeon for Ethan took 6 months and we have to wait a whole year for Braden to see the ENT surgeon to assess his adenoids. I understand as a nurse that these surgical consults are triaged, a lot like how we triage in emergency — sickest/most urgent patients will get in first and I agreed that Ethan is far worse than Braden, but a whole year? The kicker is, they’re seeing the same surgeon, so I called the hospital to see if they could be seen at the same time, because they’re related and it would save me 2 hours of driving in the middle of the winter. Their answer? Nope. Sorry. Not happening. I have no idea why, but I didn’t press the issue and figured I’d just take Braden to Ethan’s consult and ask the surgeon to take a look myself. And he did. And Braden doesn’t need surgery. Saved myself the wait and the drive. How hard was that?

Now onto the most concerning aspect of my entire existence as a mother right now. My little Jonathan needs surgery too. At least I think he does, and I desperately need him to see a neurosurgeon to confirm my suspicions or tell me that miraculously I’m wrong and there’s nothing to worry about. Jonathan was born with a ‘ridge’ on the top/back of his skull and no posterior fontanel. When babies are born, their skull bones are not fused together to allow room for the brain to grow.  The spaces between the skull bones are called sutures (which are actually fibrous joints) and now that Jonathan is over 2 months old, I have diagnosed him with sagittal craniosynostosis, meaning that the suture on the back of his skull is fused/closed, leaving no room for his brain to grow and expand back there. 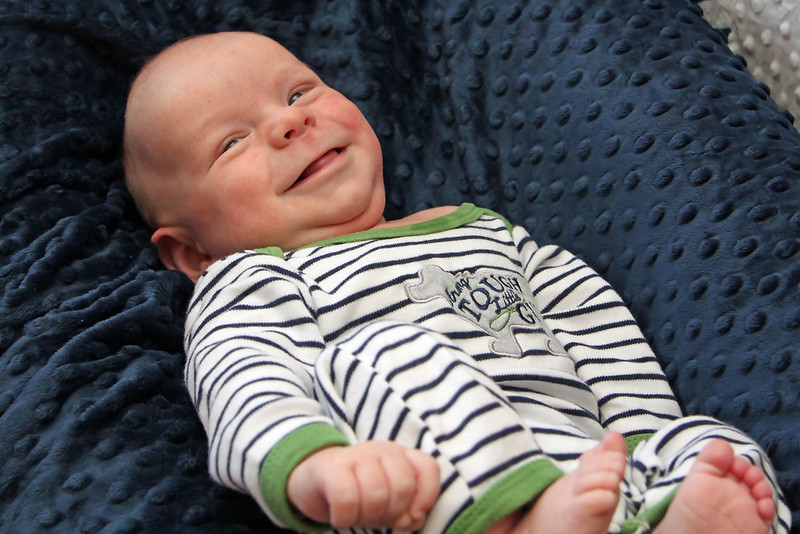 At 8 weeks I started noticing in Jonathan’s pictures that some angles made his head shape look lopsided or like the back right side of his head was “shaved” off. I think I tried to deny any potential problem and ignore it, but promised myself that I would bring it up to the nurse at his 2 month vaccinations. His forehead was also starting to protrude and was very round.

However, on Jonathan’s 2 month birthday I received an email from a blog reader. She said that she tried to write the email a few times but wasn’t sure if she should send it. I’m forever grateful that she did, because it made me stop ignoring a potential problem and face it head on — a true blessing. She told me that her daughter developed a similar head shape to Jonathan’s, and she, like me, brought it up to her doctor time and time again who brushed it off. At her 6 month appointment, she insisted her daughter see a specialist, which was when she found out her daughter had craniosynostosis and needed surgery to fix it. She told me she wouldn’t be able to forgive herself had she not reached out to me, because there is a less invasive surgery (1-2 hours vs. her daughter’s 8 hour surgery) if it is diagnosed and treated in the first 16 weeks of life. 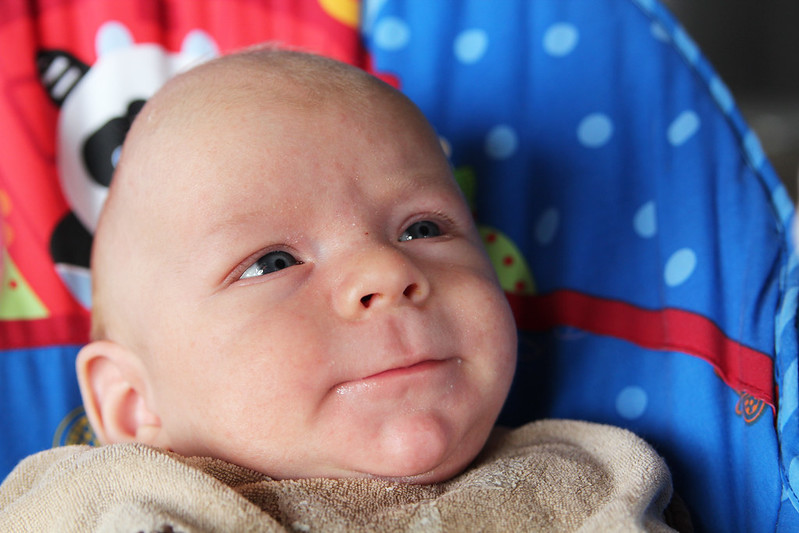 Ever since June 30 I have been all over learning about craniosynostosis. The positive power of social media has helped me connect with local moms whose babies have had this surgery done, others who work at the Alberta Children’s Hospital (ACH) and nurses that I used to work with at the Stollery Children’s Hospital. Obviously I cannot definitively diagnose Jonathan, but I found out that a first stepping stone would be to make an appointment at the head shape clinic at ACH and I could get referred to a neurosurgeon directly from there if they felt it was necessary, which I was certain they would.

Since we were at ACH today already for Ethan’s consult, I went directly to neurosciences myself to make Jonathan an appointment. I was told that he could not get in until July 27th when he’d almost be 13 weeks old. Tears welled up in my eyes as I begged them to get him in sooner because the surgery needed to be done before 16 weeks if he needed it. They could see how distraught I was and urged me to make an appointment with a GP, even go to a walk-in clinic, to get a consult directly with a neurosurgeon.

So that’s where we are as of right now. Off to see a GP on Friday morning and praying that he will give us a consult, actually, to the only plastic surgeon who does endoscopic surgery for craniosynostosis. I have every reason to believe this will happen and I’ll keep praying that this process happens in a timely manner, and ideally that Jonathan does not need surgery at all by some miracle. I won’t stop advocating for Jonathan until we get definitive answers about his health and head. The good news is, is that he’s happy, healthy and thriving and not showing any signs of a more severe case of craniosynostosis where it can delay their development and milestones, from what I’ve read. 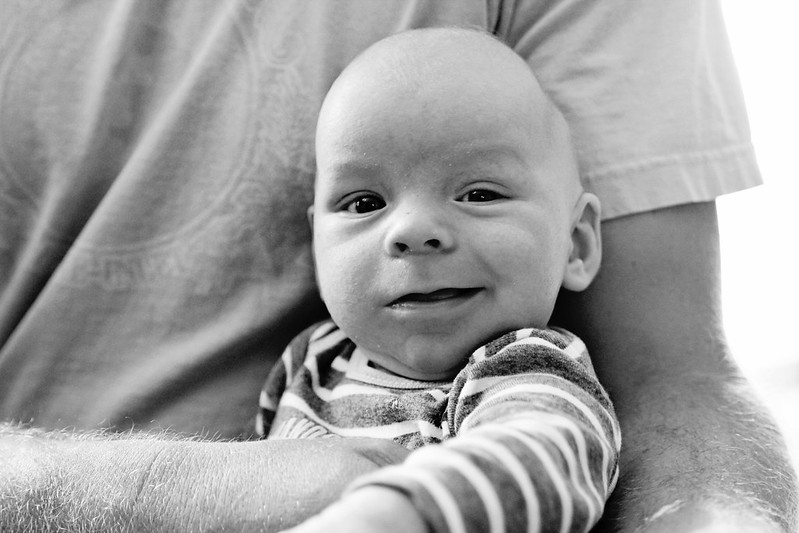 Please keep us, especially Jonathan, in your prayers. I love this little man more and more every day and it hurts so much knowing that there’s a high possibility he will be having surgery on his tiny little skull within the next 6 weeks.

P.S. Thank you to each and every one of you who have reached out to me in the comments section on Facebook and Instagram, sent emails and DMs and have offered to share your cranio experiences with me. You have no idea how much better I feel about all of this since last Thursday when this journey started. God bless.

Oh goodness, Sarah. I can only imagine the stress and anxiety this is putting you through. So many hugs. I'll be thinking of sweet little Jonathan <3

My aunt shared your post with me because she recognized the condition you’ve written about here.n I’m 35 (going on 36) and had surgery for it when I was about 10 months old. A very scary time for my parents and family but we all made it through. I’m totally healthy with zero complications. Just a couple of graduate degrees and a mind-stretching job and happy life! And a cool flat spot on the back of my head, totally covered by my hair that my friends all get a kick out of when they touch it. Sending you and your… Read more »

Thinking of you.
My recent post Blueberry Mint Gin Fizz

Will certainly pray for you and your little one, Sarah. Do take care.

Hi Sarah. It infuriates me that one has to chase around for health care like this. (the long waits for B and E and not being able to see them together) These people "protecting" their precious doctors would make good security officers at the airports! Good for you for sticking to your guns. It is far too easy for busy moms to let this type of condition slide leaving it in the Dr's hands. I could go on forever about the so called health CARE system but I will just say that thanks to you all will be well for… Read more »

Dear Sarah, I am the mother of a 29 year old wonderful, successful and happy young girl who was born almost 30 years ago with craniosynostosis. At the age of 2 she endured an 11 hour surgery. The technology then was minimal compared to today. They inserted titanium mesh into her skull. She has had some repair work done over the years but sometimes trying to insert new technology into old technology creates more issues. Please know from a mom who was scared to death almost 30 years ago, it will be o.k. Your baby will have a happy successful… Read more »

Sarah, my best childhood friends daughter has dealt with this at an extreme. You can follow her on instagram @meg.apperson or her block http://www.fourfinelives.com I know shes passionate about this issue.

Power of social media is amazing at times.
Prayers for your little guy

I certainly will, thank you for the connection! Social media is far more good than bad. Thank you!

Dear Sarah, I'm praying for you and for Jonathan. I know it must be so hard with all the waiting and wondering. I hope you get some answers very soon.
My recent post My Biggest Regret and How I’m Fixing it Now

Thanks, Molly. Good to hear from you, I hope you and your crew are doing well.