Jonathan, our youngest, has always been big. He won the biggest Schultz baby award when he was born and I couldn’t stop saying “EIGHT POUNDS 11 OUNCES!?!?” over and over again. When he was a growing baby, he didn’t look as if he was abnormally huge, and was growing steady in the 50th percentile on the growth chart for weight, and his height has always been in the 75-97th percentiles. He’s been our one and only baby, and now toddler, that has always loved food. Yes, he has his moments where he won’t look at or touch his supper, but generally he eats almost anything and in particular loves his protein! 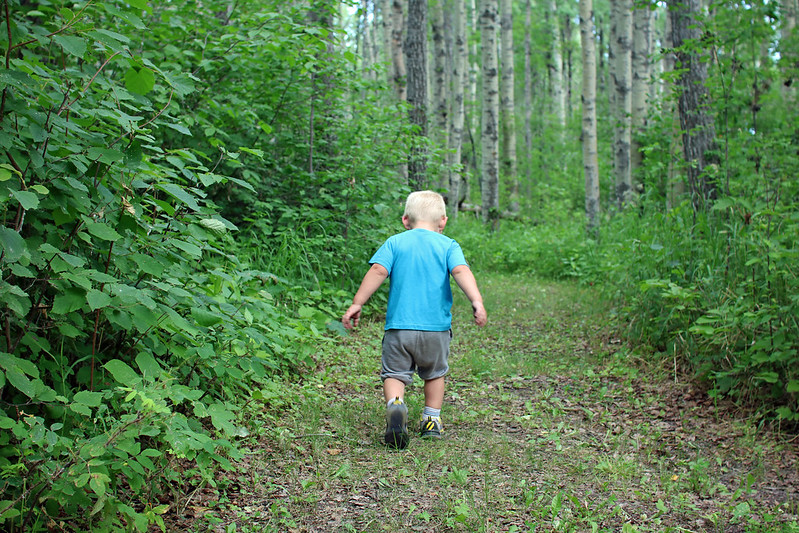 Jonathan has yet to really plateau in his growth. Currently at 2 years and 3 months old, he’s 35 lbs and has been wearing size 3T clothing all summer, and will be wearing 4T pajamas when it gets cooler this fall/winter. With his large size, he’s been able to get into more trouble than his brothers ever did. He can climb, he can reach things he shouldn’t be able to at this age, he’s been tall enough and strong enough to open the sliding glass doors on our deck since the spring, which lead to several “where is Jonathan!?” moments of panic. We are so thankful to live on an acreage where our nearest neighbour is about a kilometer away and there’s little to no traffic around us as we don’t even live on a major gravel road, though his whereabouts and safety are something I never take for granted.

He’s snuck outside more times than I can count and figured out long ago how to undo all the locks in our house. I’ve had to rearrange my pantry a few times to keep the snacks out of his reach because he figured out how to open that door too, and can free range on granola bars and crackers. He’s tall enough now to reach the highest shelf, but he’s starting to be able to reason more and is slowly understanding he can’t just go into wherever he wants and help himself. We’ve had to lock him out of the bathrooms in the past, because he’ll turn on the taps and leave water running if he has the chance.

This is where his size and his age really matter: expectations of other people on how he should act, based upon how he looks. Jonathan has 2 older brothers that he loves to play and wrestle with. It’s part of the raising boys world. I’ve tried to stop it and discourage it, but it’s part of the nature of being boys and if they take it too far and hurt each other, I just give them “the look” and an “I told you so”. I’m not a mom that will ever use the “boys will be boys” saying to excuse aggressiveness, it’s never been a consistent problem. Ethan has had a few aggressive moments as a toddler, mostly with his older brother, but I kept a close eye on that behaviour and nipped it in the bud. 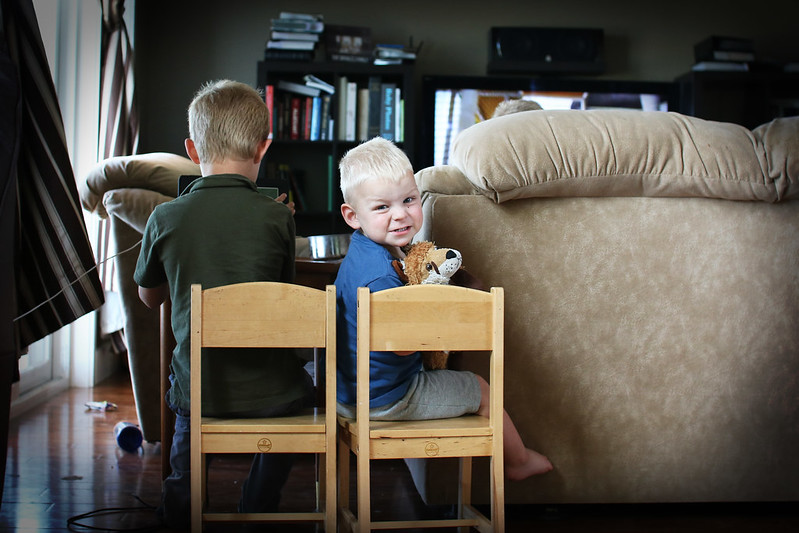 Someone taught Jonathan that it was “funny” to hit earlier in the year, and ever since then Jonathan will wind up with an open palm and give a whack without any reason or warning. He had his first time out at the end of our vacation in BC because he hit his cousin for no reason. He didn’t hurt her (beyond hurt feelings), but that’s not the point—he needs to know that it’s not acceptable to do that.

He’s getting better and better at reasoning and understanding, but he’s this monster of a toddler who looks like a big 3 year old, and I’m starting to notice that a lot of people look at him with the expectation that he should be acting like a 3 year old. Heck, even I look at him running around in a diaper wondering why that big kid isn’t potty trained yet! Then I gently remind myself that he’s only 2, and he’s still a pretty new 2 year old at that. 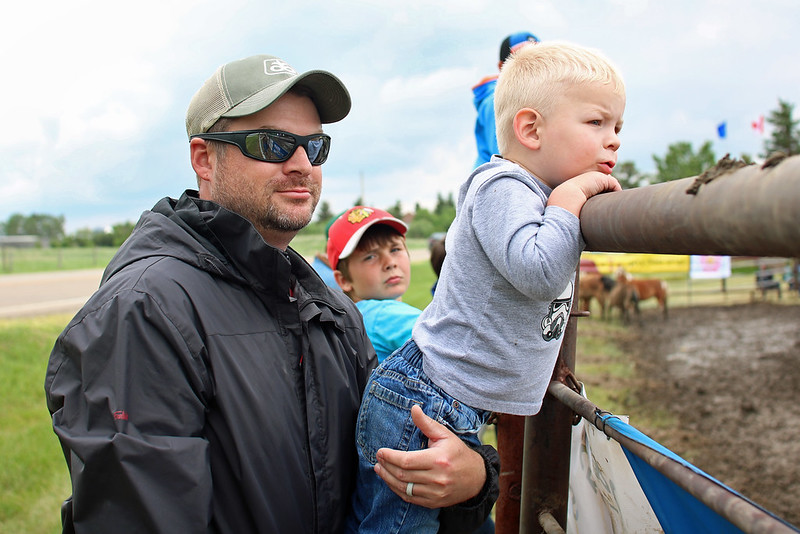 It’s going to take a lot more work, and a lot more patience, and a lot of close monitoring over the coming months. Especially when he’s around a ton of other kids at the hockey rinks to make sure he’s not being aggressive with other kids, because I understand and know a lot of other parents will wonder why this “3 year old” is acting the way he is.

Hi Sarah! Loved this and I feel I could have written it myself! I am a mom of 3 boys as well and all of my boys are big for their age. My almost 4 year old has always been in the 97th percentile and people often think he is closer to 5 or 6, and his younger brother is an even bigger for his age, just having turned 2 and is also closer to the size of a 3 or 4 year old. He talks a surprising amount for his age too, so propel do expect he is older.… Read more »

Oh my gosh he’s so cute!!! That hair!! We deal with the same thing–my youngest is 17 months, and is in the 97th percentile for, like, everything (I have no idea how we have such a big baby!) But when people see him they always expect him to talk and understand direction better, and not yell and stuff like that, but he’s still a baby! I remember we went to a rodeo last summer and I brought a stroller because he hated being carried, and someone said “Why are you still pushing him in a stroller? He’s big enough to… Read more »

Luckily Jonathan is very advanced verbally, so he can communicate very well, BUT that is very frustrating too!