It’s officially been a full year of investigating why Braden gets vague and diffuse abdominal pain. It’s always central abdominal pain, dull and achy. Sometimes the pain has come in waves, like cramps and been more severe, but generally it’s a dull ache and he says it always hurts. The abdominal pain seems to come in phases for no rhyme or reason, with no triggers or magical cures that relieve his pain.

The Celiac Scare That Wasn’t

Since two of Braden’s cousins had recently been diagnosed with Celiac disease, it was on the forefront of my brain as a potential cause of Braden’s pain, and I brought it up to our family doctor at his 7 year old well-check last January. Braden has always been in the 50th percentile on the growth chart and was built a lot like Jay and I were as kids—very lean, and not thick and solid like his brothers are. Braden always kept growing and gaining weight and height, but he definitely was “slight”, and I wondered if Celiac and malabsorption of nutrients could be the culprit.

When Braden’s blood test for Celiac came back positive, we were all geared up to face the official diagnosis, but we were on a 6 month wait list to see a pediatric gastroenterolgist (GI). The important thing was that his pain wasn’t affecting his daily activities. It wasn’t keeping him home from school (almost, a couple of times though), and it wasn’t keeping him from playing sports and enjoying life in general. It was a nuisance and bothersome to have a child in pain and not know why or how to help him.

We finally got in to see GI at the end of August, and I requested to have another Celiac screen performed at this time to see if there was any change. This screen came back negative. The GI doctor we were referred to said he wouldn’t have even entertained the idea of Braden having Celiac with his positive result in February, and certainly not with his negative result now. He also didn’t explain to me why his result was positive then, and negative now. There were no obvious red flags to his issues, but I suggested the only thing that somewhat correlated to his pain was when he had a lot of sugar, like drinking pop, which he doesn’t have very often. I’ve had to pull over on the side of the road a few times because he’s worried he is going to throw up after having a pop from McDonald’s, for example. He did have 2 nights of the most intense pain he’s ever had after drinking milk and having banana cream pie for dessert, but he’s eaten dairy all his life and never had any major red flags like that. 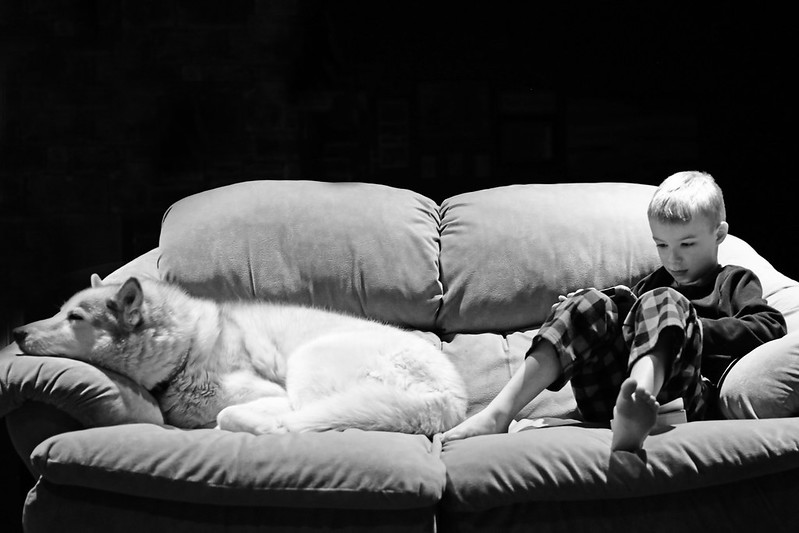 Since the doctor wasn’t concerned about Celiac and Braden didn’t have any alarming symptoms to suggest further testing for Crohn’s or colitis, he ordered two very non-invasive tests—the lactose intolerance and sucrose intolerance breath tests. These both came back normal…which is great, but also left us exactly where we started: no answers. I was also very frustrated leaving his consult with absolutely no insight whatsoever from the doctor, plus I had to advocate a lot for Braden to have his appointments booked with lots of miscommunication between the doctor and the lab.

He started having another round of regular stomach pain at the beginning of the year with no rhyme or reason. As a nurse, and a former peds nurse at that, I always ask him when the last time he pooped. It can be very normal to have pain if you are constipated or having tummy issues, and need to poop. I’ve given him Restoralax (a laxative), the odd time to see if that solves the pain, and it never seems to be that big “wow, I feel tons better!” moment I hope for.

Since I take Ethan to the chiropractor regularly for his migraine treatments, I decided to start taking Braden to see if it helped his stomach pains. This is where I am definitely more skeptical of chiropractic treatments, for symptoms such as abdominal pain. His chiropractor told us he had “retained primitive reflexes“, specifically the spinal galant reflex. I truly cannot find much research to learn about these retained reflexes and how they might affect physical health, but it’s not related to gut health that I can see, more the symptoms he has of not being able to sit still at times…but that’s not why I took him there in the first place.

So far chiropractic has not helped him with his stomach issues, but perhaps it’s a bit early, we’ll see.

So here we are, a year later, and back in the clinic for his 8 year old well-check. I shared with our doctor that I felt like we were back at square 1, just wiser in the fact that we know what he doesn’t have. Our doctor told me we would screen him as needed for Celiac, Crohn’s or colitis if he showed any worsening symptoms, or if he wasn’t gaining enough weight (which isn’t a concern at this time). His other blood tests and H. pylori breath test were all negative last year as well. 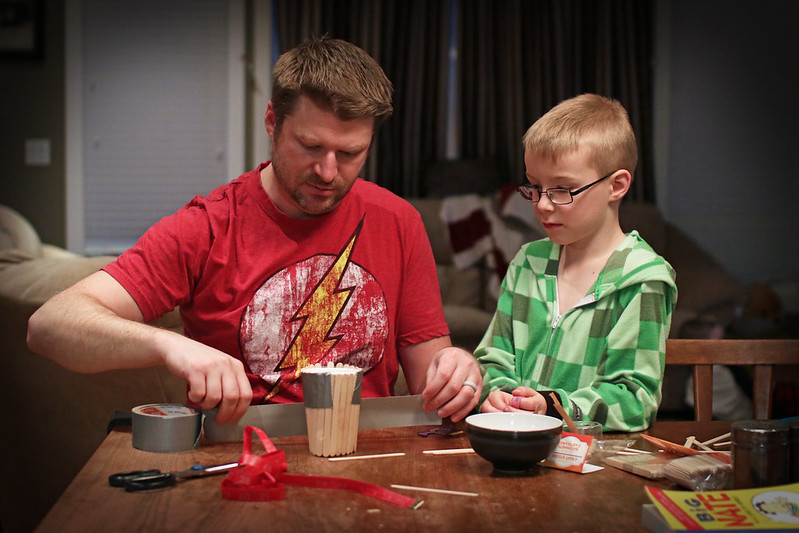 Our doctor said he wanted to explore if he had any renal (kidney) issues at this time, though there aren’t any alarming symptoms being shown, so Braden did a simple urine test and he’s going to have an abdominal and renal ultrasound. If all of that is normal, which we anticipate it will be, I think I will ask for a referral to a pediatrician to see if they have any insight, as I was very pleased with Ethan’s assessment from his pediatrician for his migraines.

So, When They Have Abdominal Pain, And You Don’t Know Why…

Push for answers. Push, push, push and advocate for your child’s health. I am very thankful there is nothing “sinister”, as the doctor put it, going on with Braden, but at the same time I wish we could find what was wrong so that he has a consistently, healthy appetite and his regular pain goes away.

For now he has been on a probiotic, multivitamin and extra vitamin D supplement daily for over 1/2 a year with no improvements. I definitely have anxiety on the brain for Braden, but I also know that it is not 100% the root of his stomach pain. It might contribute to it sometimes, but it’s not the sole cause.

Since I am no stranger to anxiety, and I already recognized that Braden has a lot of anxiety symptoms as it is: difficulties falling asleep at times, nervous with certain things, frustrated/mad when he doesn’t get something right the first time, and of course—tummy pain. I took him to a therapist for an assessment and it was neither good nor bad. Definitely not insightful, and we definitely won’t be going back. Since his pain is always related to food, the therapist suggested him slowing down his routine before he eats so that he’s more “calm” before a meal. Braden never uses “my tummy hurts” to stop eating and to go back and play or to do whatever he was doing before supper. He’s 8 and he knows better, and we wouldn’t let him get away with it. 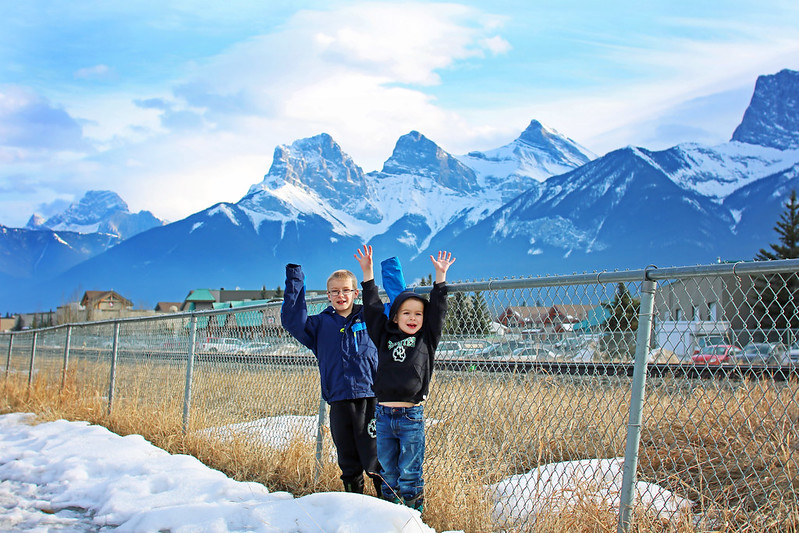 Since he went to the therapist last week, he hasn’t complained of stomach pain at all. Maybe a lot of it is “in his head” and he just needs reassurance that he’s fine and that sometimes he’s just legitimately not hungry and doesn’t want to eat, and other times he’ll eat 3 pieces of pizza and “make up” for those lost calories. He’s gaining weight and height and growing appropriately, so at this point I just have to accept that it isn’t anything serious, and hopefully he’ll just outgrow these annoying pains. We saw our family doctor one more time this week to wrap things up, and between the lab tests, GI consult and ultrasound that were all negative, I’m happy to accept where we are right now. There’s no need to push for more testing or scans or consults at this time, we’ll just keep screening him for Celiac over the years if symptoms return since there is a family history of it.

The only other thing our doctor suggested was a low FODMAPS diet, which many of you have suggested to me as well, and I was honest with him and expressed my concerns that FODMAPS is so extreme, that I don’t feel the need to commit to that with vague and diffuse pain at this time. If one food or ingredient really seemed to trigger his pain always, of course I would cut that out, but without consulting a Registered Dietician, I’m not going to experiment with altering his diet to this extreme on my own. It’s something we’ll keep in the arsenal for the future if we need though.

Thanks for your thoughts and concerns for Braden!

I have been waiting for this post since you first mentioned it way back when. I am so sorry you have not found any answers out yet. My own daughter was going through similar things. She has always been slim but got slimmer. She had constant tummy aches like you describe, and would get sick to her stomach and dizzy. We spend months in and out of the doctor's. At first they thought it was a dairy allergy. Her symptoms would subside when she took lactaid. But then it got worse again, so testing took place. All tests at the… Read more »

Our daughter was having stomach pain like you're describing at around age 6 (she just turned 9). She was pooping regularly, so I didn't consider constipation, but when we took her to the pediatrician, he ordered an x-ray and she was severely backed up! Sorry if this is TMI (though I'm sure you can handle it being a nurse :)), but basically there was so much in there that the "new" poop was just going around the old which is why she was having regular BMs. Just a thought if you're able to ask for an x-ray to at least… Read more »

Yes, as a nurse I definitely know that you can still be constipated and poop "regularly" and normal. But he's a very lean kid and upon physical examination the GI said if he was constipated, he would have felt it on palpation. It's the first thing my nurse brain goes to when he's in pain—that he must just need to poop! Thanks for sharing, though!