Truth be told, I can totally believe Jonathan is 20 months old…he already seems like he’s 2 years old because of his size and his language skills. I don’t have an official weight on him but he’s gotta be well over 30 lbs and he’s so tall he can see over our kitchen table now and can reach even more things on the counters…”yay”…! 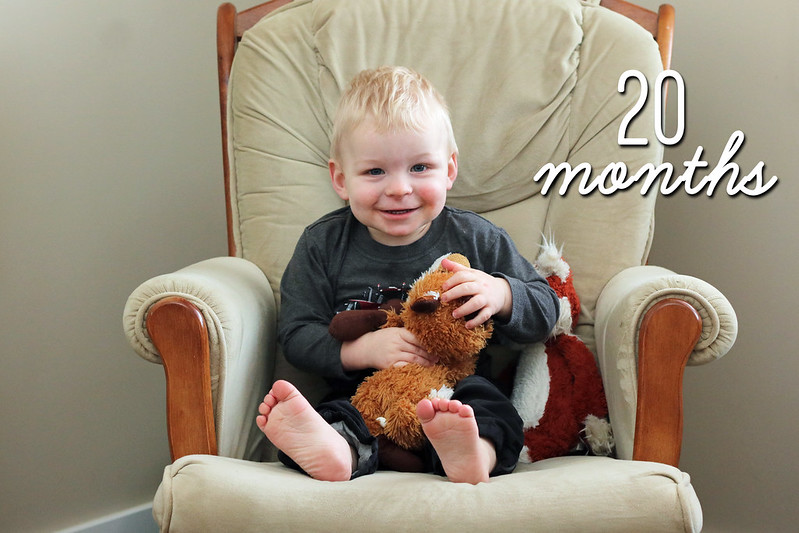 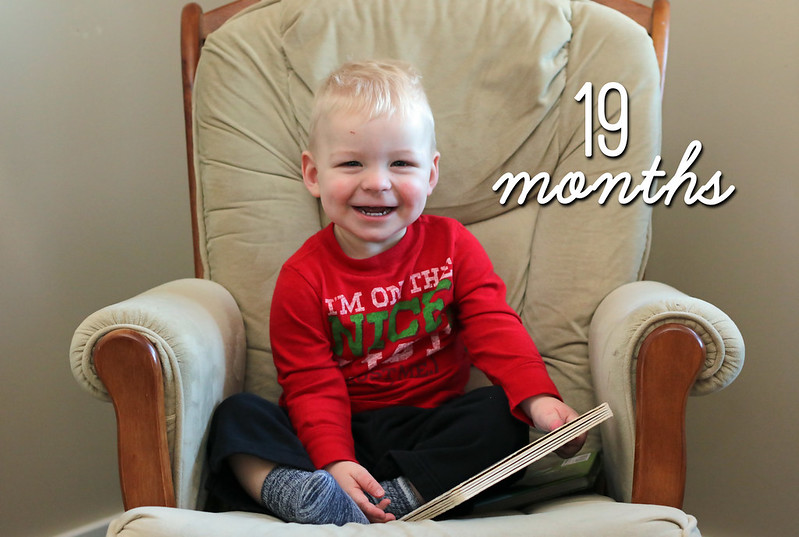 He REALLY needs a haircut but I’m scared to take him! It’s so traumatic for us both at this age! haha 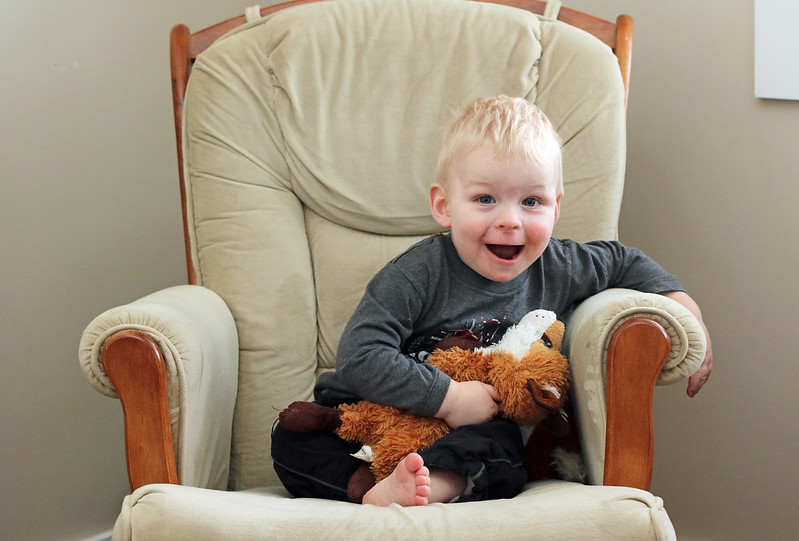 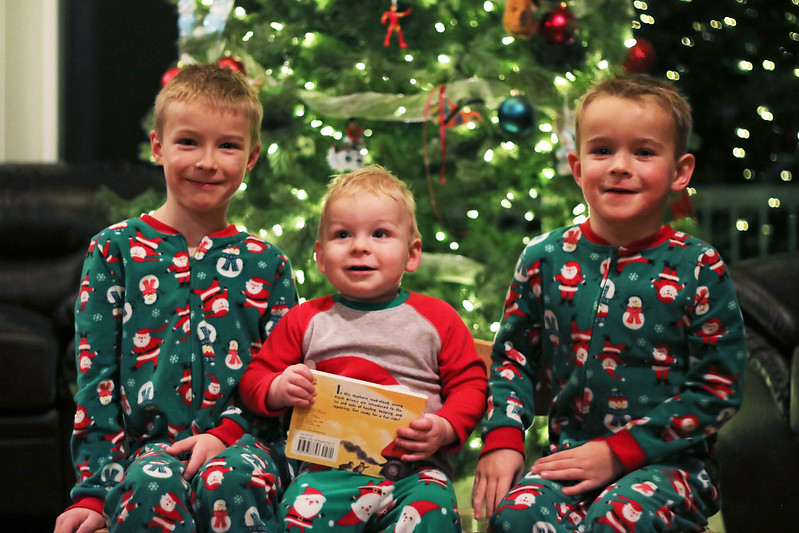 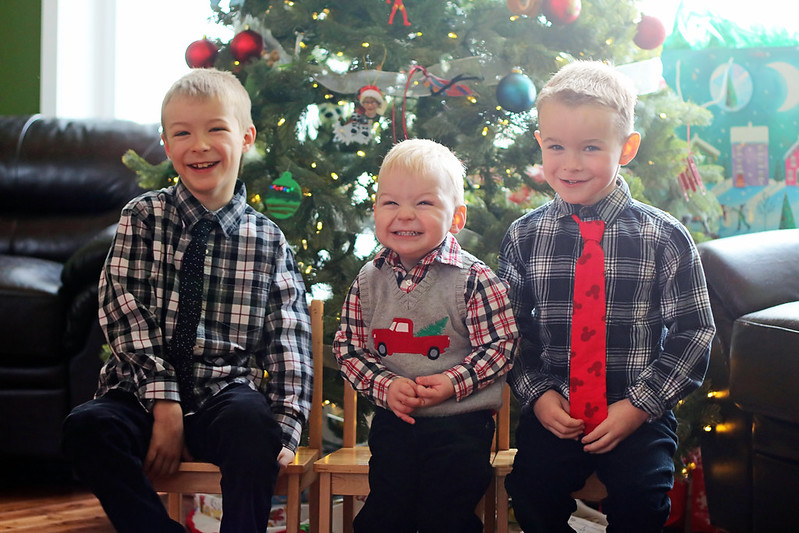 He really is a happy-go-lucky little guy, and is happy 95% of the time (the other 5% he’s tired and cranky!). He is most often seen wearing a smile and also making sure to bring others smiles along the way. As you can see, he’s mastered his “cheese!” face this month! 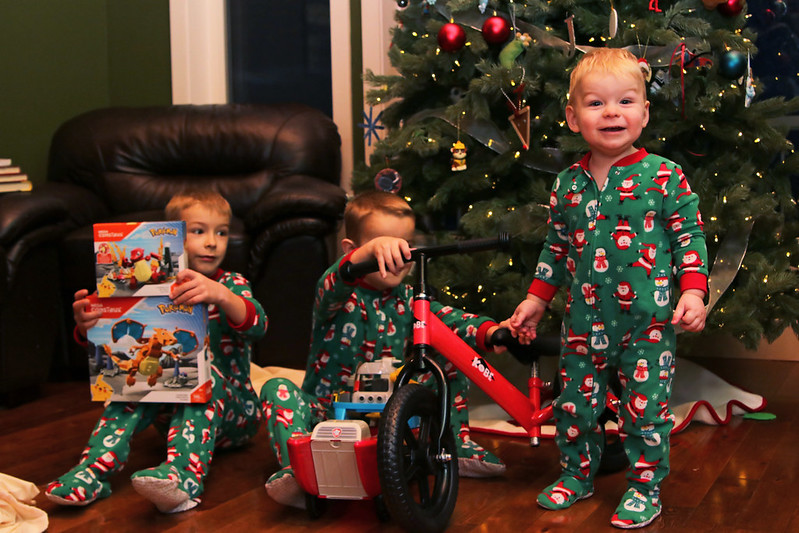 We’ve felt very blessed so far this winter that Jonathan hasn’t suffered with the awful ear infections that he did last year. He’s had a runny nose for weeks, but I’ll happily take that over how sick he was with his ears and two rounds of croup last winter. We still haven’t heard from plastics about his lump/cyst removal, but I’m not surprised as it’s very non-urgent and it isn’t growing. 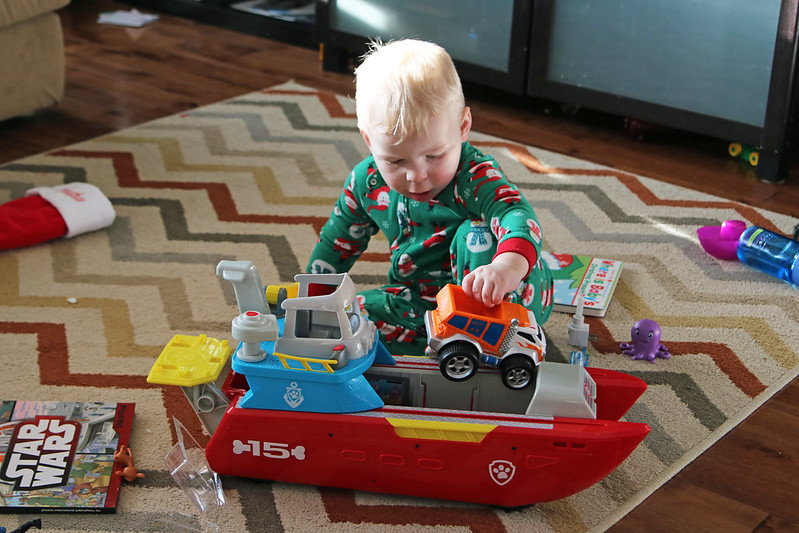 I can’t believe that exactly a year ago he graduated from wearing his helmet. I’m pretty emotional just thinking about all that he went through. I can’t believe we ever doubted adding a third child to our family, I’m so glad he’s a part of our amazing little crew!