Ever since we had our second baby boy after harvest in 2012, I wondered if we would have just one more. Maybe we’d get a little girl to add to our family, or another little boy, or maybe we were just perfect as we were with our two little boys. We hemmed and hawed for two and a half years unable to actively commit to a decision and just decided to let whatever would happen, happen. Not long after that we found ourselves pregnant at the end of the summer, and this pregnancy and baby would be very different than our previous two. As much as we possibly could try to plan, we had our first baby in January and our second baby was due in November. The perfect time for grain farmers to have babies—in the winter when there’s really not much going on on the farm! This baby, however, was due during one of the busiest times of the year on a grain farm: seeding. 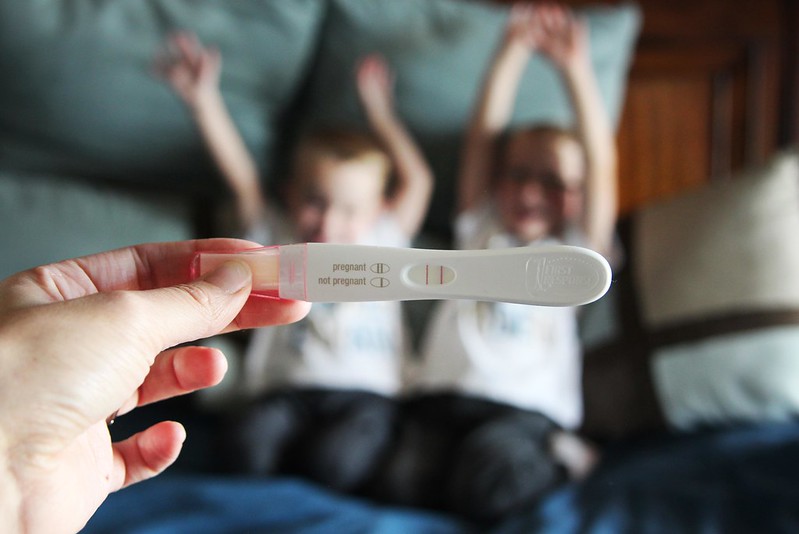 Baby Schultz #3 was due on May 7 and I knew it was going to be a whirlwind of a time with two older brothers in school, spring sports starting and, of course, seeding all the acres on the farm with a husband and father working 16 hour days. Not exactly how I would have envisioned having our last baby, but we were very happy and excited nonetheless. Our first baby was 4 days overdue and our second baby came exactly 3 weeks earlier than him…so with our third baby, it felt like a complete gamble as to when he or she was going to make their appearance.

The spring of 2016 was very dry for us where we farm in Wheatland County, so the guys were out in the fields earlier than they ever had been on April 15. I was 37 weeks pregnant, feeling like a ticking time bomb, and was thankful for every day I didn’t have the baby! In my mind, I figured it would be ideal if the guys could plug away with seeding and maybe even be done by the time this baby came. It didn’t take long for the weight (literally) of the third trimester to catch up to me and had me willing this baby out, not giving a care to what was going on in the field. I just didn’t want to be pregnant anymore and I made that evident to my husband, who jokingly told me “you know, every day that you don’t have this baby we get 5% closer to finishing seeding!“. Not my idea of a funny joke. 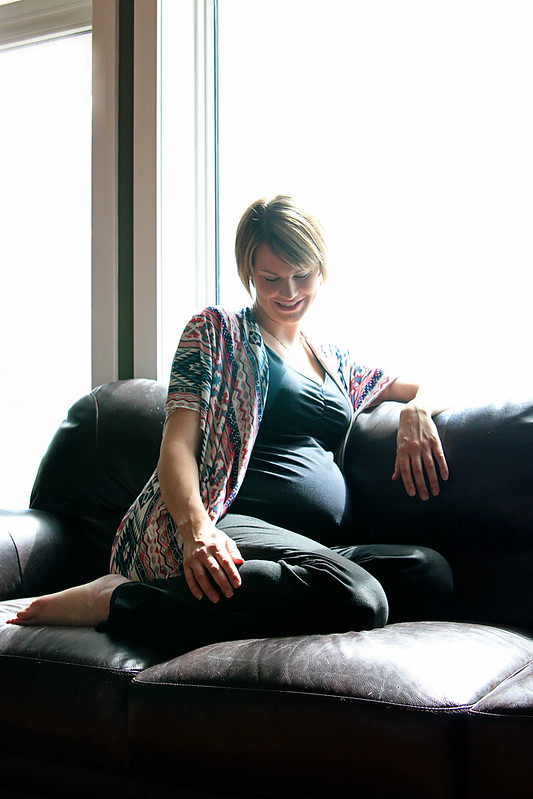 Two weeks later on a Saturday afternoon, just after lunch, the contractions started. I’d been having weeks of irregular contractions, so I didn’t want to get my hopes up, but I started timing them just in case. An hour went by of regular contractions and I decided to call my husband to see where he was seeding that day and to let him know that there was a possibility that we would be having to go to the hospital. We just assumed it would happen in the middle of the night like it did with our other two babies, so I was having a hard time believing these contractions could be leading up to something. I had also called my mother-in-law, who would be providing child care for our two boys, to let her know not to go to far (she has a busier social life than me) because things might be happening. They were farming about 10 minutes away at my brother-in-law’s house and she was just going to deliver lunch but would be back soon.

After I called the hospital at 4:00 we decided it was time to go. My mother-in-law came over to watch our boys, I kissed them and told them I was going to the hospital to have the baby, and it made the most sense for me to drive our truck to meet my husband where he was farming to save time. I texted him that I was on my way and that we had 1/4 tank of gas (which was more than enough fuel to get us to the hospital 45 minutes away), and he scolded me for not having a full tank. So, I made a quick pit stop at the farm to fuel up while I was in labour and having contractions, just to be stubborn, and make sure that it would be part of our birth story forever. And yes, ladies, I definitely did this to make him feel bad for scolding me (the hormones made me do it).

We got to the hospital shortly after 4:00, and welcomed our third baby boy into the world just after 8:00 PM. We reflected that it really couldn’t have gone more perfectly to have our seeding baby: over half the land was already seeded, my husband got in a full day’s work, we went to the hospital, had a quick and uneventful delivery, and he got to go home in time for bed and get up and go back to work the next day. 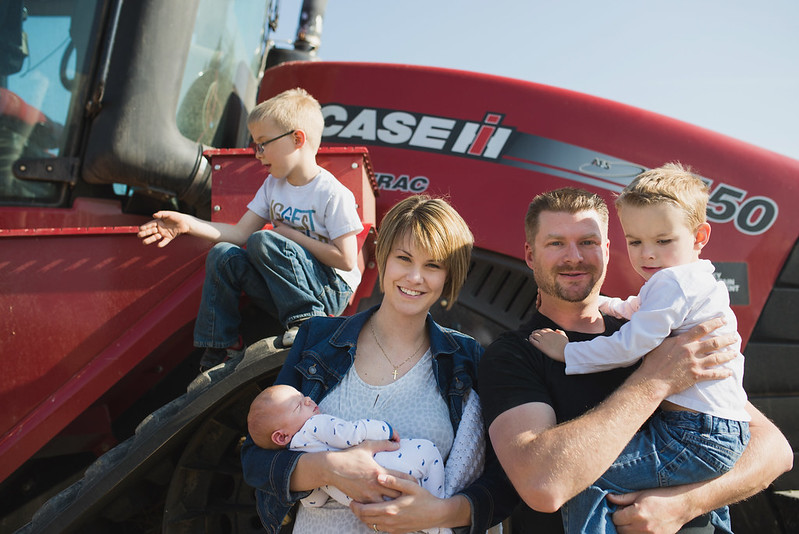 So there you have it. That’s how to have the perfect seeding baby! 😉

Love this post Sarah!! We also had a seeding baby as our third–the only real difference was Chris was seeding an hour away–but everything worked out perfect and we even had a 2 day rain delay after Arthur was born! The fear is always worse than the reality is what my husband always says! The only real difference now is that with our baby #3 we celebrate his birthday about 2 weeks earlier each year so there is no conflict with seeding and calving! Awesome post thanks for sharing!

That is awesome news! And he is so right—the fear is always worse!

This is a timely read for me! Currently just past 38 weeks with baby #4 and fully into the swing of seeding! Like you, our other kids were born more in the off season, but as my sil says, God has a sense of humour and His timing is better than mine. Can’t wait for this little ones arrival but also praying I go a little longer so we are “that much closer” to finishing up seeding. Hope seeding is going well for you guys! I truly love this time of year on the farm!

I love Fastpass photos! 🙌🏻 I have only made

Day 2 was spent riding in cars with boys at Disney