It’s just too painful. The last two years, I have found myself absolutely dreading April 21st and have even prepared myself to be grumpy and angry, because that is the day my dad died. His death was tragic and sudden and very traumatic for me. If I’m being completely honest, it wasn’t as surprising as it could have been, because I knew there was always a chance his alcohol addiction would take his life. However, I also didn’t think it would happen so soon when he was only 55 years old.

It is so painful, because we hadn’t exchanged any form of communication in the 8 months prior to his death and I had not seen him for over 1.5 years at that point. I have not shared, and likely will never share, all the awful things that happened in those 1.5 years since I found out he was an alcoholic. There was police involvement and threats made from him towards me and my family, which is why I knew it was the right decision to stay away from him until/if he ever got sober.

This is not the dad I grew up with the other 29 amazing years I had to him and I wish my brain could magically erase those awful end memories I have of him. I need to remember the good dad, and my dad was not a good dad on April 21, 2013. I had a light bulb moment this year and realized that trying to wrap my head around celebrating him or making something special of April 21st hasn’t gone well for me the last couple of years. The news of his death was shocking, but that wasn’t the hardest part. I was treated so poorly by certain family members proceeding his death, which is what made it infinitely harder than it ever, ever had to be or ever should have been. So on April 21st I not only have to relive hearing the news my dad died, my brain digs up memories of the awful horror story that revives itself year after year; the pain and tragedy I had to sustain the days and weeks following this awful news. 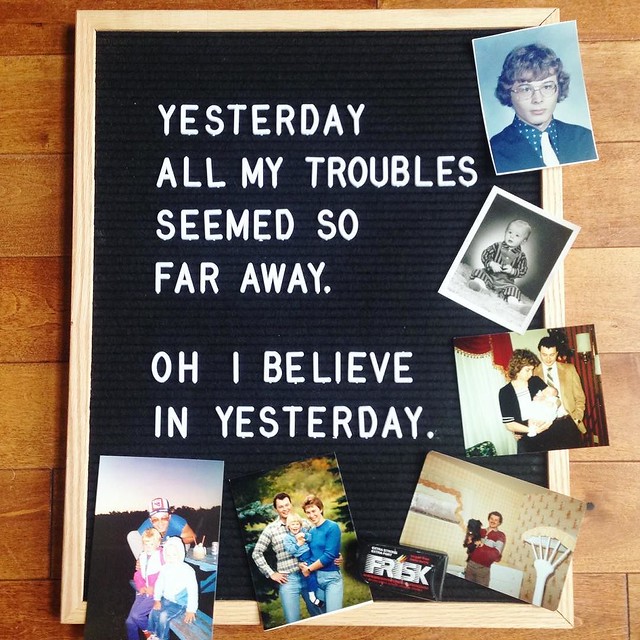 It has taken a lot of time and a lot of prayer to forgive the people that said darn-near unforgivable things to me, but I have. I am still pursuing a relationship with his mom and dad, primarily so that my children can have that piece of my dad in their lives. Forgiveness is a selfish act, and I have forgiven them so I don’t have to live with hatred and anger in my heart towards them. I am moving forward very guarded and at a great distance, but there is still some life and hope in the relationship.

Grief is a funny thing. I was numb when it happened, and then got sad because I forced myself to remember all the amazing things about dad the next two years. I wrote reflections about his death and about him on my blog on the 1st and 2nd anniversaries of his death. These last two years I’m not ashamed to admit I have been mad. Too mad to care writing anything fake and sappy. Mad that his alcoholism got so bad. Mad that he made a conscious choice to choose alcohol over his family (because that’s how awful alcohol addiction is). Mad that he didn’t detox safely, like I warned him he needed to do. Mad that he’s missing his grandchildren grow up. Mad that he’s not in the stands at the rink and on the sidelines at soccer cheering them on, when all the other kids’ grandpas are there doing the same.

I haven’t even gone to visit the site where my dad’s remains rest. I can’t fully explain why I have never gone there, but it’s just another bad memory that I can’t bring myself to face at this point in my life, especially with my children in tow.

Oh Lord grant me the strength to move through all these feelings and help those good memories to come to the surface and wash away the bad. I hope grief doesn’t look like this forever.

Yes! Exactly! Thank you for sharing those words, Brian.