It’s been a fun and busy month for this little mister! His cheeks are filling out, his head is even more round, I can tell he wants to be on the move, and the next month is going to be so exciting! 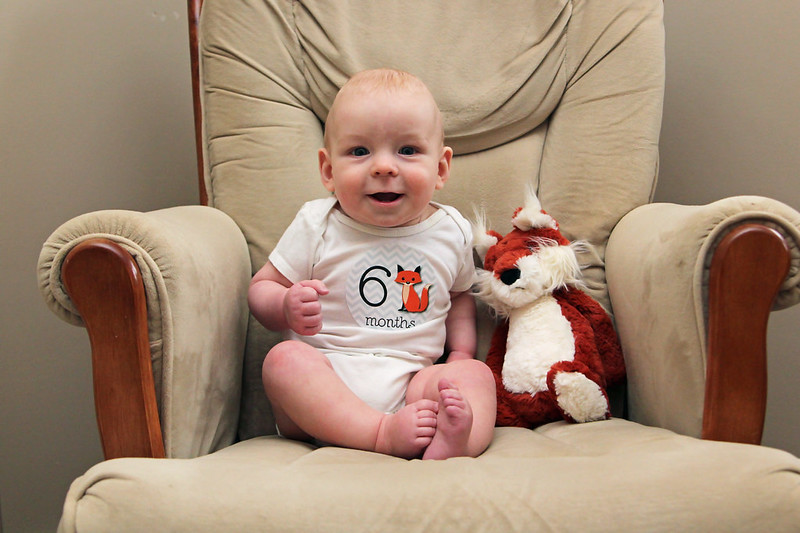 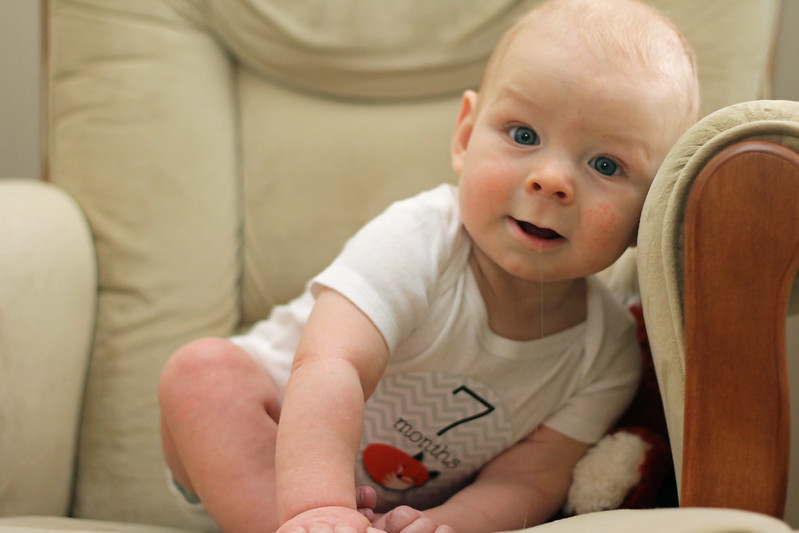 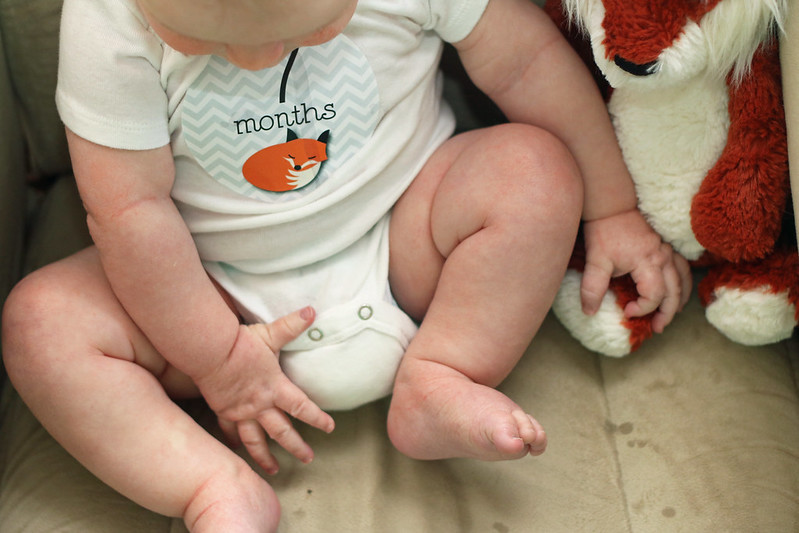 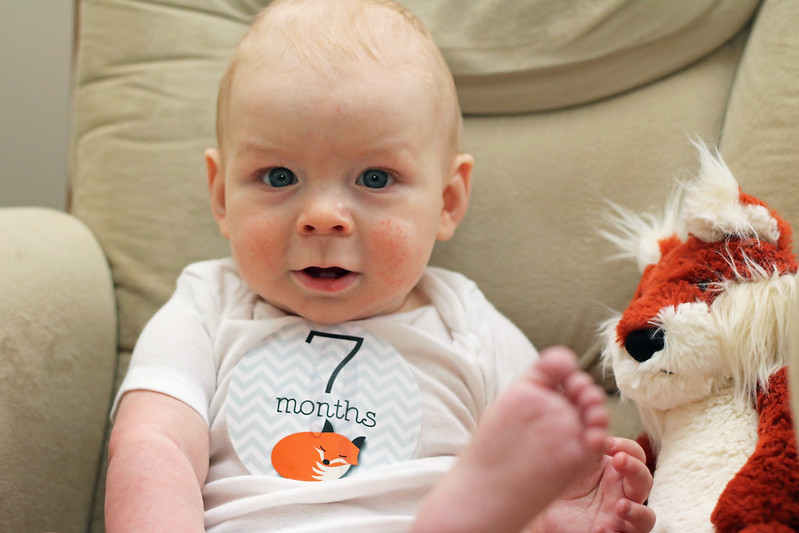 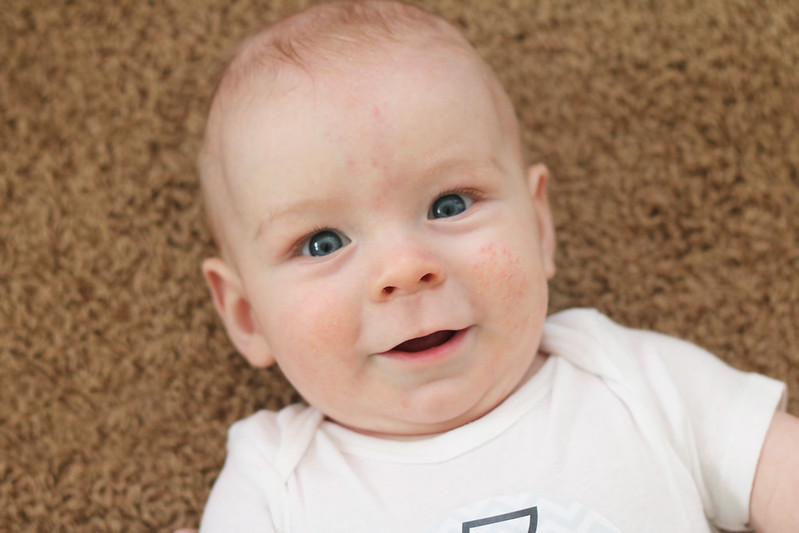 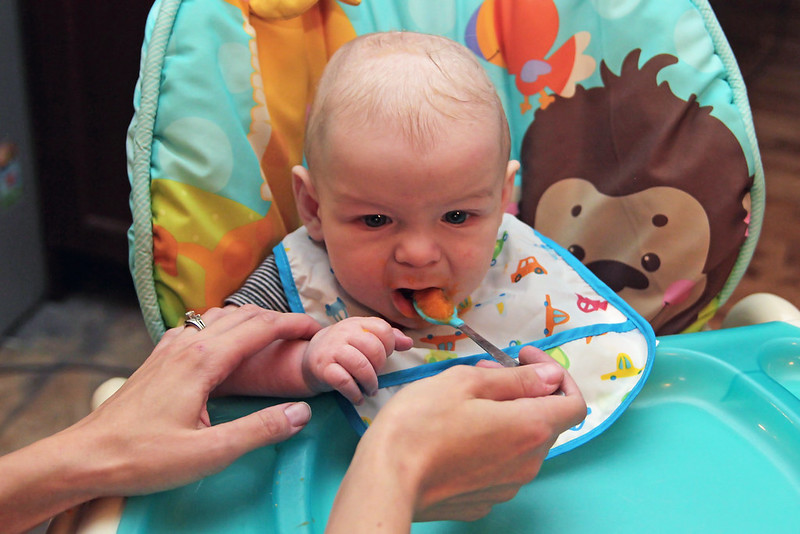 First and foremost – I cannot believe that as of November 23 (Daddy’s birthday!) Jonathan has been in his helmet for 3 months! Meaning, he’s over 75% done! When we had our last helmet adjustment in Edmonton, the OT noted that when we see the surgeon on December 12 if he says we’re done – we’re done! On one hand I anticipate that he might say Jonathan looks great, but let’s finish to 4 months of helmet therapy, which would be December 23. On the other hand, since we’re from out of town, he might say we’re done right then and there. Either way, we’ll do what’s best for Jonathan and I’m just not sure his head has terribly much potential to improve any more than it has – but I’m not the expert, so I’m eager to hear what he has to say! I figure perhaps in the new year he’ll ask us to come back for one final measurement? Guess we’ll see! 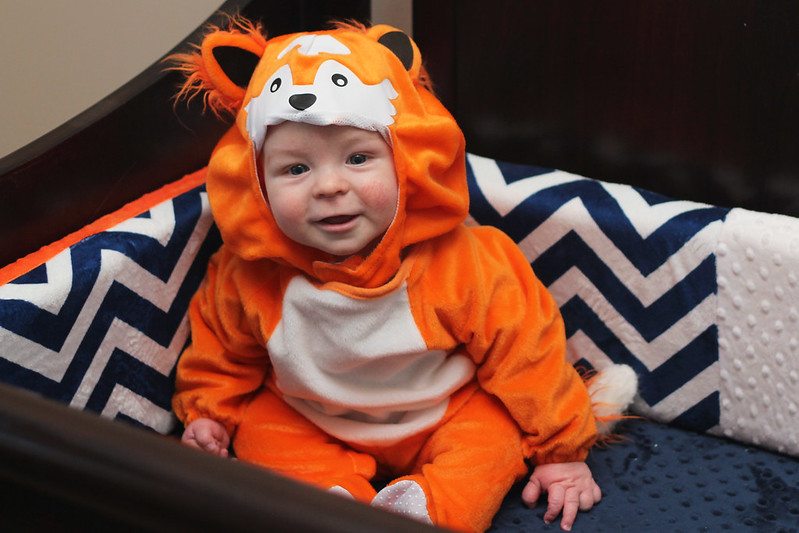 Jonathan is a super happy and super content baby, just like his brothers were. He doesn’t get stranger danger at all, and will just get a bit upset if he’s on the verge of a nap and people get in his face – can’t blame him for that one! I’m ridiculously excited for what the next month brings: his first Christmas and all of the activities leading up to it, the (very likely) end of our helmet journey, seeing all the new things he’s experiencing! It’s bittersweet, but I’m savoring the sweetness of experiencing one last first Christmas for one of our babies. 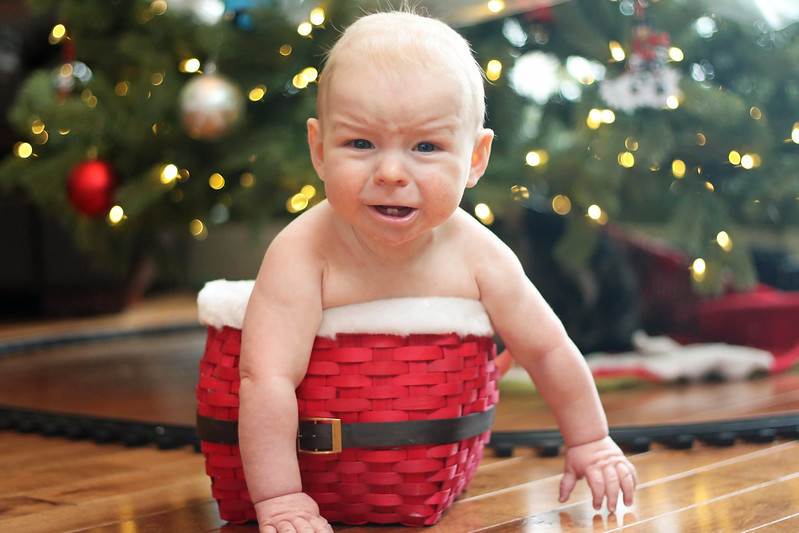 He’s really found his voice and babbles at times, but rather his shrieks have increased in frequency (in both meanings of the word!). His new habit that just cracks me up is if I’m burping him after I feed him to put him down to bed, he’ll kick both of his legs in excitement to ‘climb’ up me and get right in my face! He loves to grab my cheeks with his hands and shakes with excitement when he sees us!

Here’s to the next month, little guy!