This last month has been so busy and Jonathan has grown physically and developmentally so much! 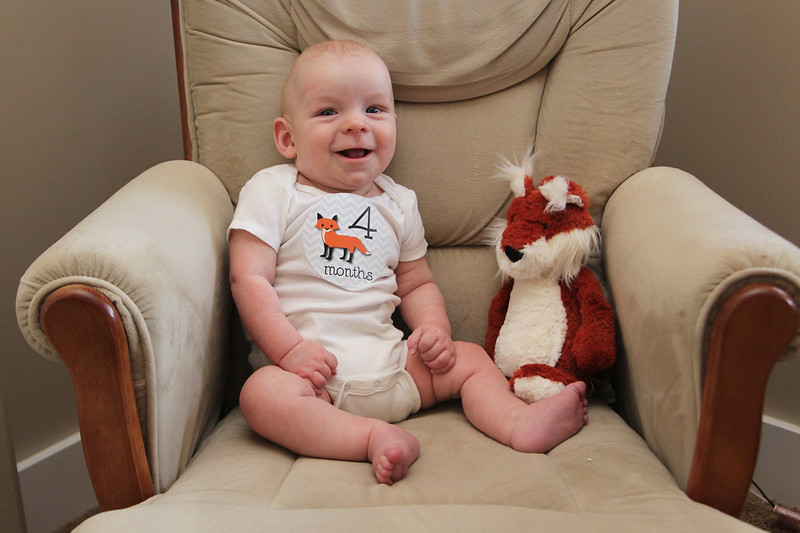 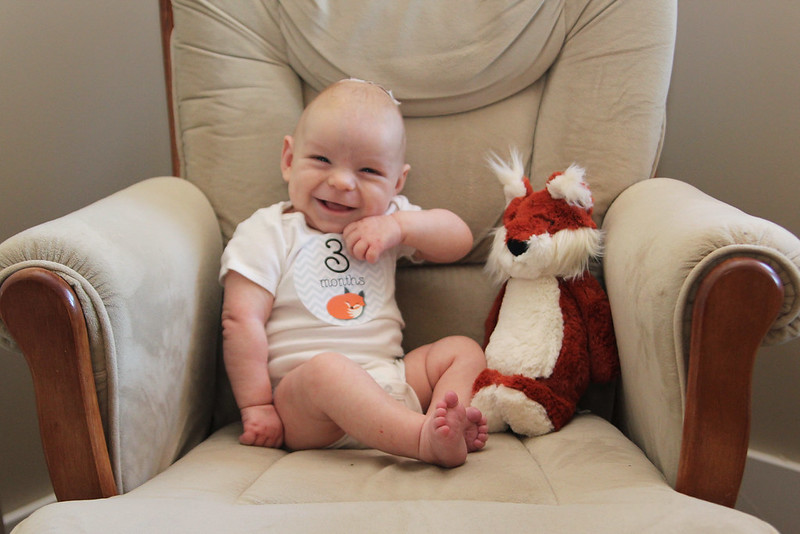 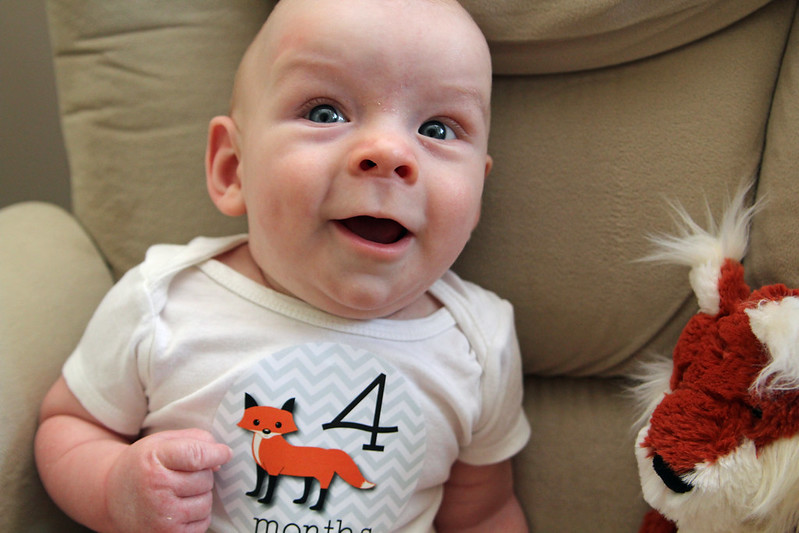 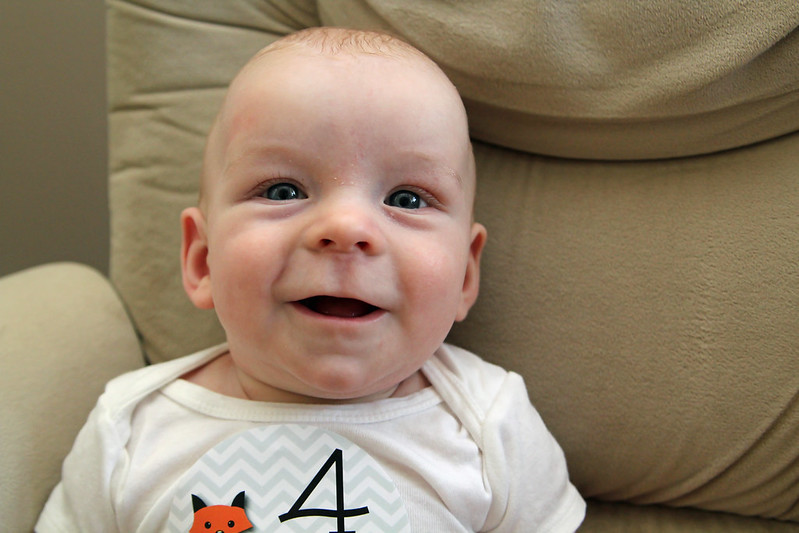 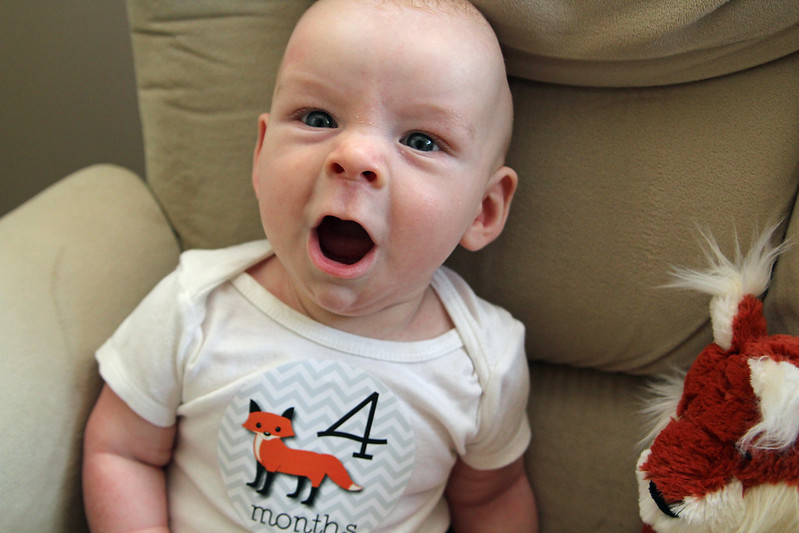 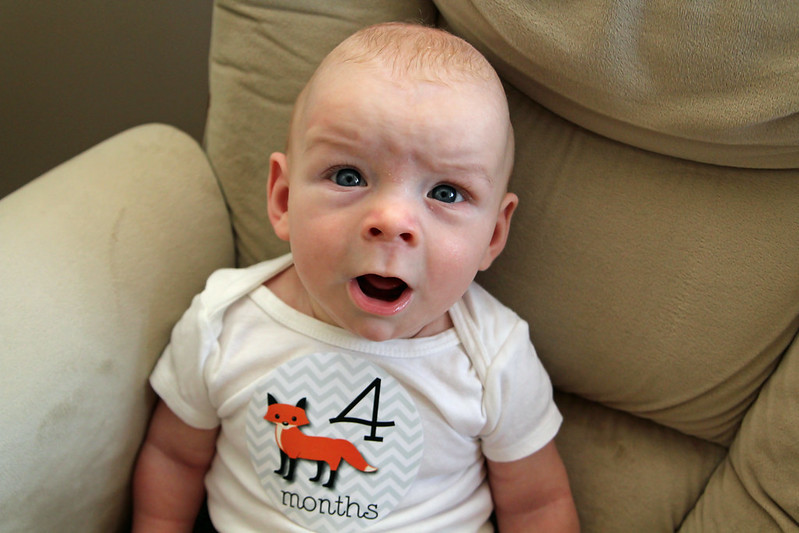 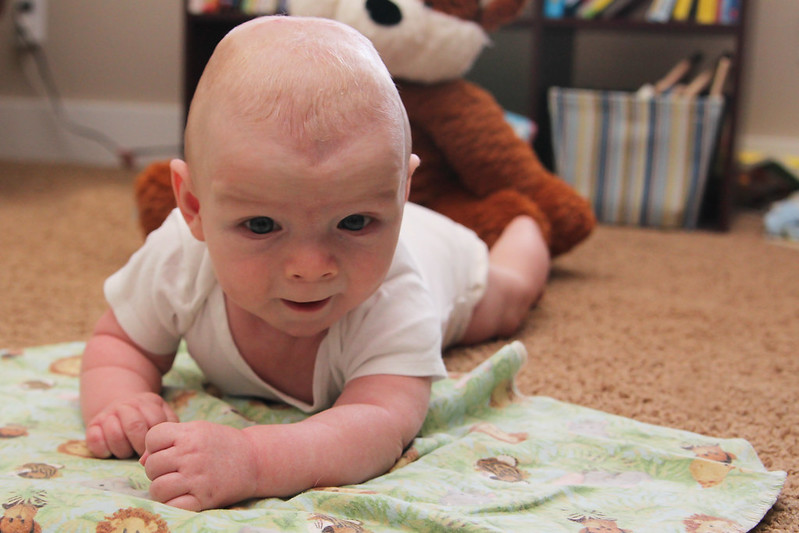 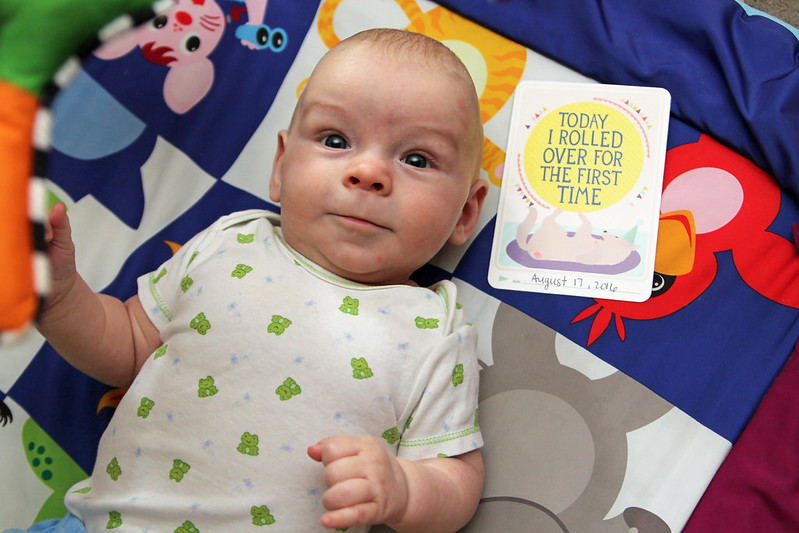 I’m really glad we got to enjoy a few summer activities with Jonathan before he got his helmet. I wasn’t looking forward to such a long break between his surgery and helmet, but in the end it was nice to not have a helmet in the heat of the summer and get outside more. 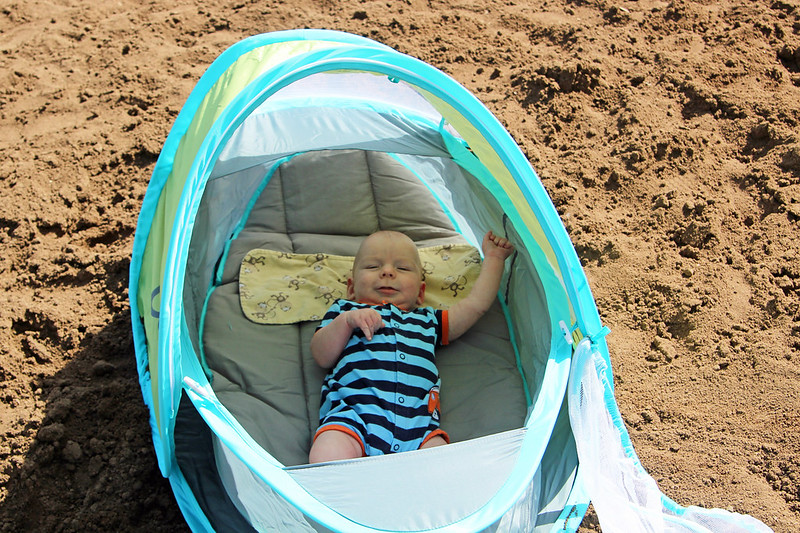 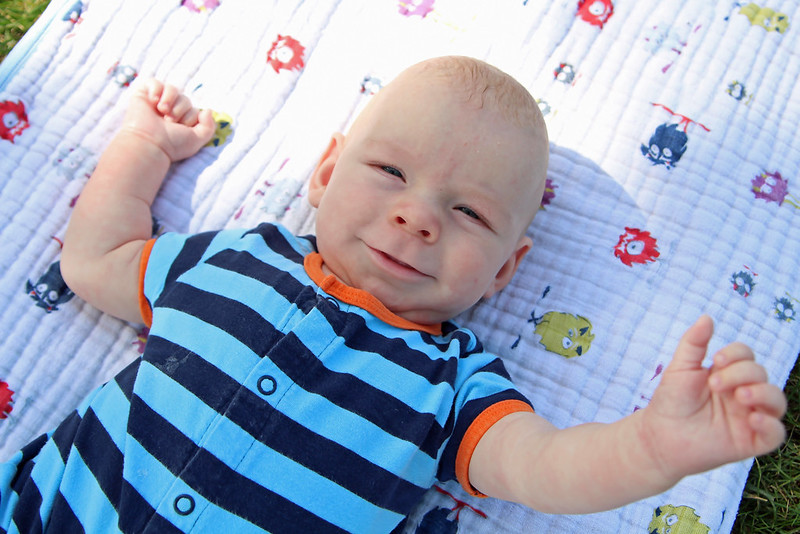 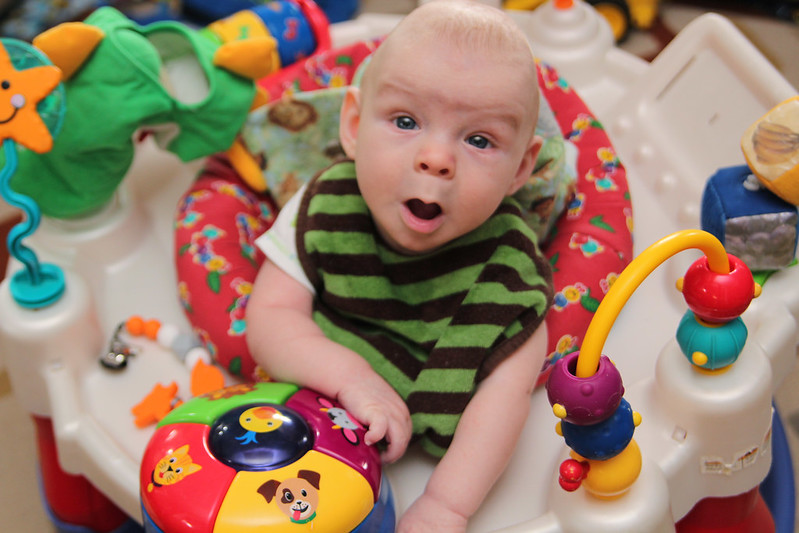 Harvest has started and I’m managing to do my share of harvest cooking. Jonathan often likes to nap through supper, so I have to be really on-the-ball and prep and cook my supper throughout the day to make sure that it gets done! 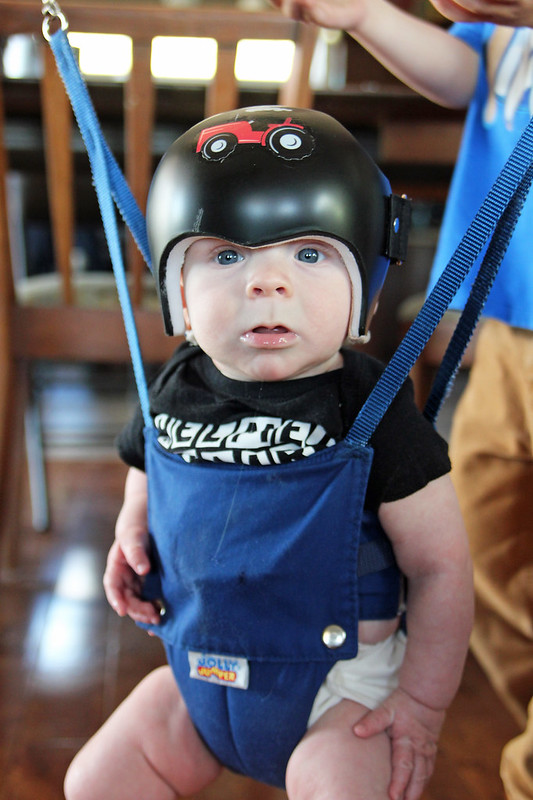 Obviously the biggest change this month is the helmet. He’s handling it so awesome, it’s a part of him now. Just last night during his hourly break (he wears it 23 hours a day), I said to the boys that it’s weird to see him without his helmet one! He’d adapted so great, he had 2 semi-rough nights of sleep (but still nothing to complain about) and he’s right back to where we were. We go to Edmonton for helmet adjustments every 2 weeks, so I’m praying that the weather cooperates this for us!

Month 3 to 4 was a lot of change, I decided to keep taking his monthly pics without his helmet to see the improvement and I already can!