As always, a lot has changed the last month, and even more so in the last 2 weeks. We’re starting to settle into patterns and routines. Some of it is great, some of it will take awhile for me to adjust to… 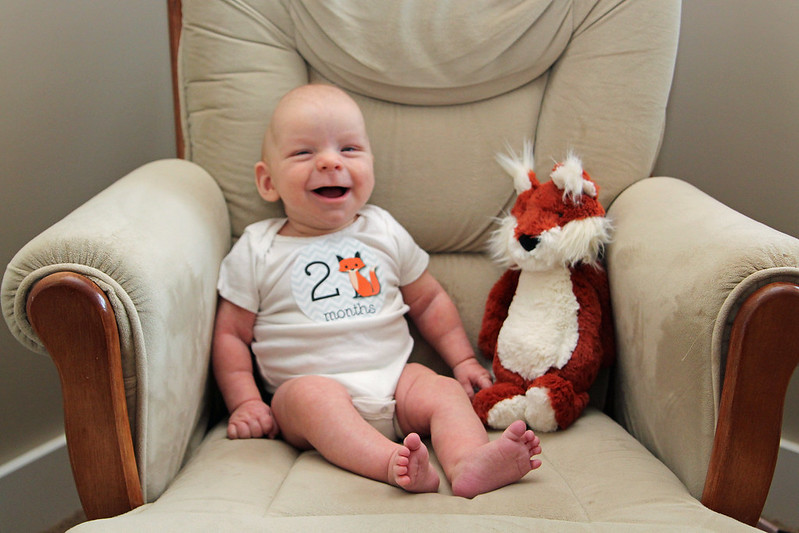 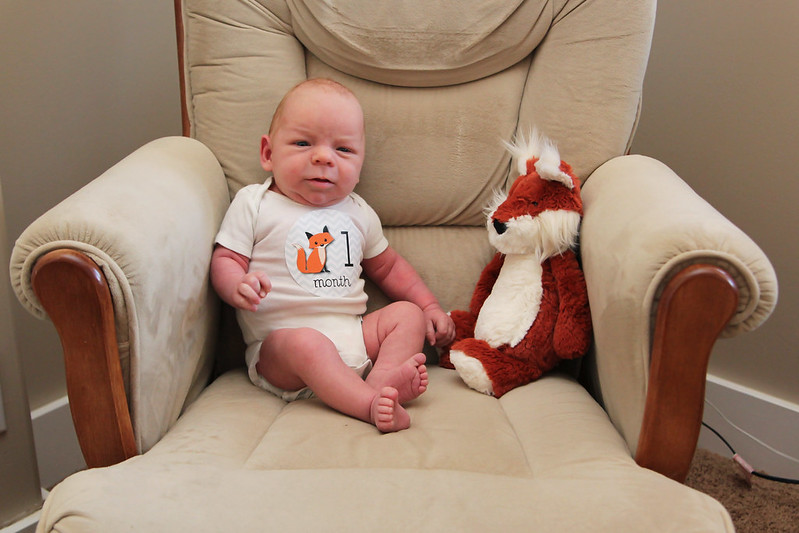 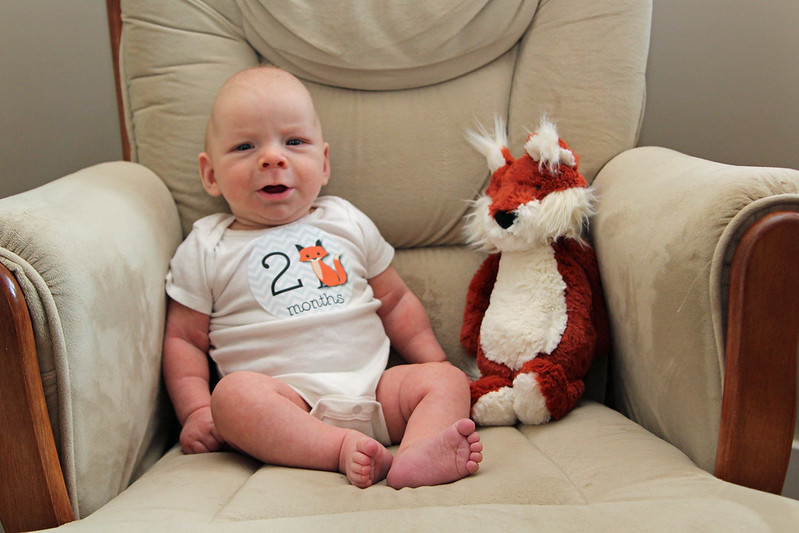 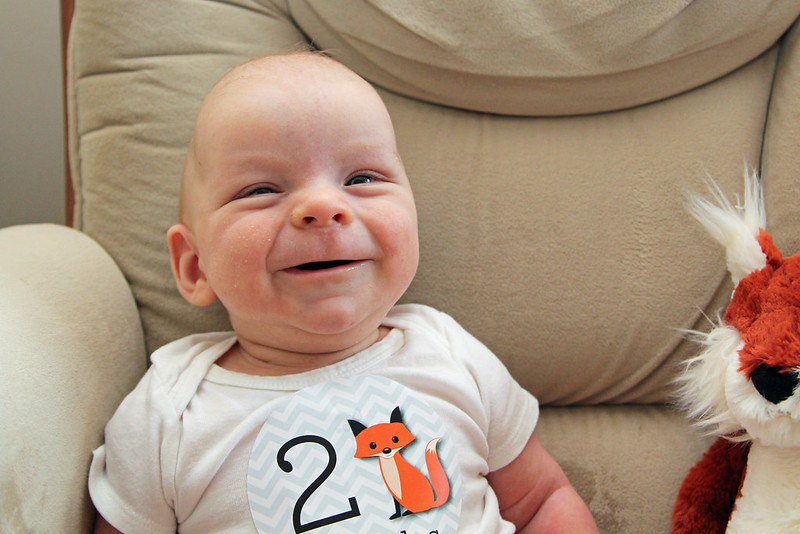 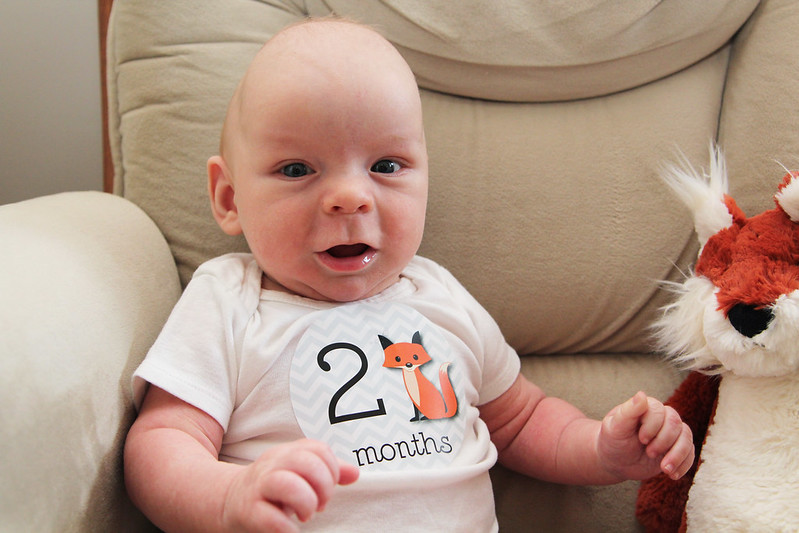 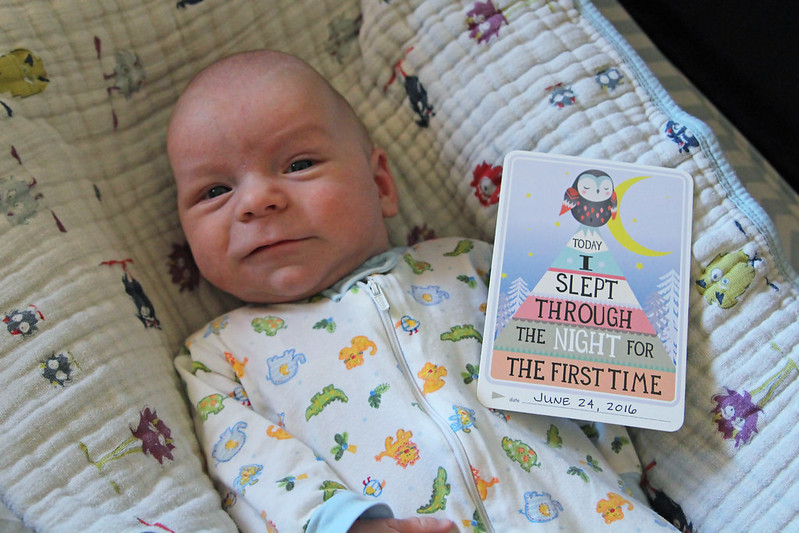 So it dawned on me the other day, when he was particularly fussy for half a day and really REALLY spitty to the point where he didn’t even want to nurse, that maybe something was causing him to be fussy. I don’t know what made me do it, but I started to research dairy sensitivity on KellyMom.com — my fave breastfeeding resource website. He has ALL of the signs – fussiness, rash, excessive spitting up, diarrhea (almost always has pure liquid, explosive stools), eczema/dry skin and dry skin/eczema. His eczema is clearing up after using Aveeno eczema cream after his baths, but a pinpoint rash remains.

If my dairy-free experiment goes well after 3 weeks and clears his rash and helps with his spittiness, I will remain dairy-free until he gets a good start on solid foods (and thus the breastfeeding is decreasing). I’m not going to be militant about cutting out the dairy, just the main sources: milk, yogurt, sour cream, ice cream, butter, etc. I’m not going to be a stickler about buttermilk powder in my margarine as I am certain he doesn’t have a true milk protein allergy, perhaps just a mild sensitivity. He’s gaining weight and growing like crazy, sleeping well during the night, so I highly doubt it’s an allergy or even a bad sensitivity. Bye, bye iced coffees! 🙁 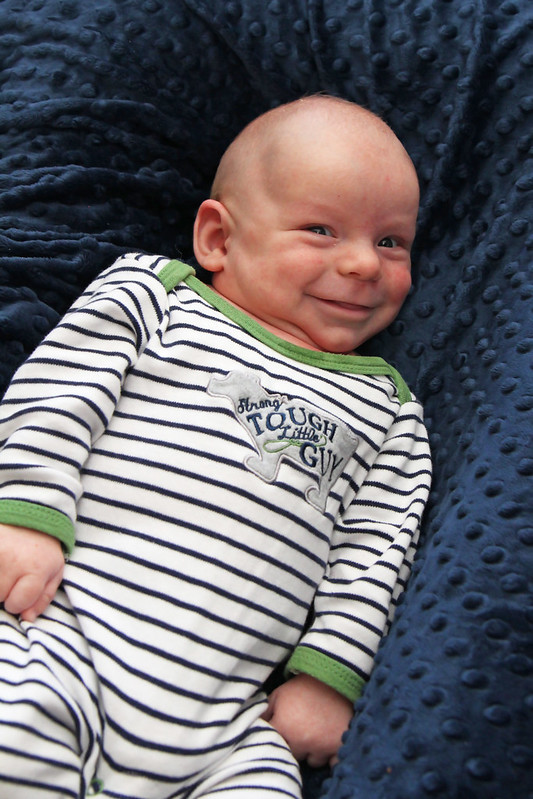 Auntie Jess, Abby and Hank made it out to meet Jonathan last week and we loved having them! We will go on his first road trip to see my family quickly this weekend because we are going to have Grandma’s inurnment ceremony this weekend, as we didn’t want to do it right after mom’s hip surgery in the middle of cold January. We’ll also be taking our annual trip to BC before Jonathan turns 3 months old and hope to do some camping and trips to the lake too. He’s such an amazing car seat baby, I hope he keeps it up forever…or at the least for the next few weeks! 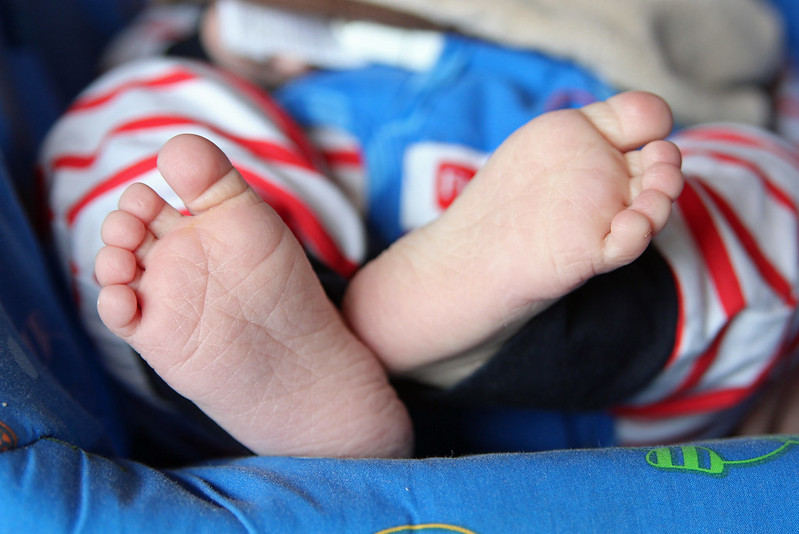 His little personality is really starting to shine through. He’s such a little love bug and loves to cuddle his mama. Sometimes when he doesn’t want to nurse to sleep, I’ll put him on my chest and walk/bounce around and he’ll snuggle right in and drift off to sleep. This is a new and cherished thing for me as Ethan wanted nothing to do with snuggles and cuddles at this age and Braden always nursed to sleep. Always! 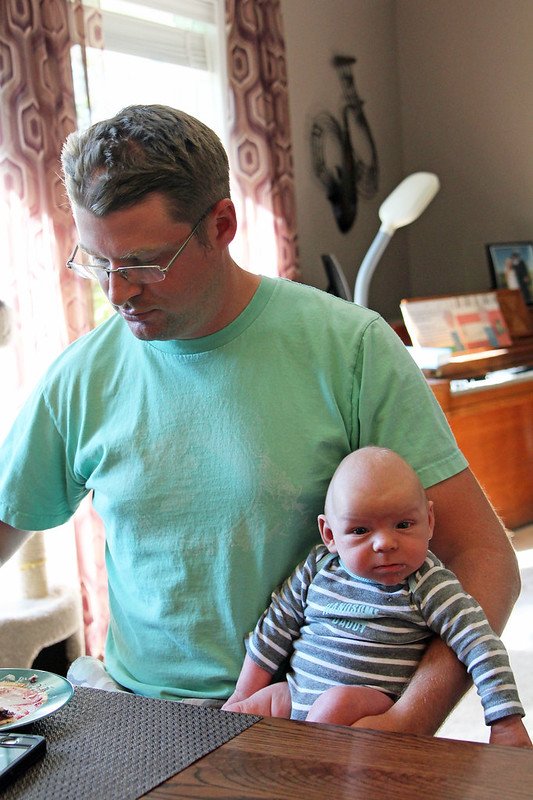 He loves it (for some reason!) when I sing to him, especially on the change table, and he smiles and coos and “sings” with me. I love that he’s becoming an interactive tiny little person!

[…] a head-shaping helmet like the plagiocephaly (flat head syndrome) babies. Then I published his monthly update when he turned 2 months old on my blog, and a stranger reached out to me and wrote me an email […]

Must wanted to add my two cents about going dairy free. My first baby was tremendously spitty baby and SO sinsitive to dairy. I could not eat ANY thing that had dairy or powdered milk product in it or he’d just start throwing up all over the place. He grew out of it eventually. It also effect in his sleep. Without fail, he’d wake up and not be able to settle if I’d had dairy.

Hope your able to figure out what is bothering his tummy and help him be happy! He sure is a cutie!

That's the thing though – it doesn't bother him. He's definitely a bit more fussy than my other babies, but settles easier and easier as the weeks go by, but my others were spitty too…but Jonathan takes the cake! I'm on day 5 of no dairy and it's hard but doable.