These 6 years have flown by…especially the last year. He’s in kindergarten and thriving, starting to score goals (and has the taste for it!) in Tykes hockey! Turning 6 doesn’t really phase me as a parent that much as I’ve been calling him “almost 6” for months when people have been asking how old our kids are that we’re expecting another baby in May. As with tradition since he was 3, here is his annual birthday interview.

In case you didn’t watch or missed his answers… 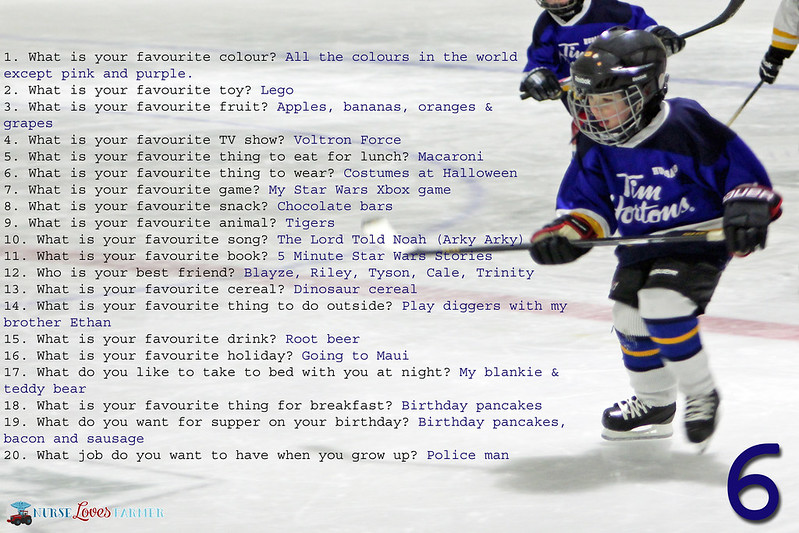 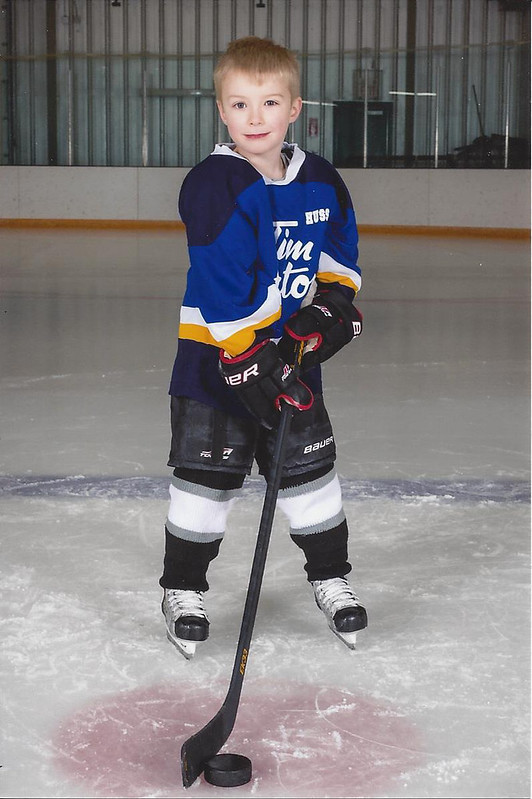 Braden’s definitely starting to “stick up” for himself and get a bit pushy at times with little brother (has had enough of Brother Destructo ruining things for the last 2 years!) abut all in all I can’t blame him and he and Ethan are really good friends. They play Legos, trains, even some video games together. He’ll get huffy and puffy and cross his arms and stomp his feet at times, but we don’t put up with or encourage that, so he’s slowly learning that will not get him what he wants! 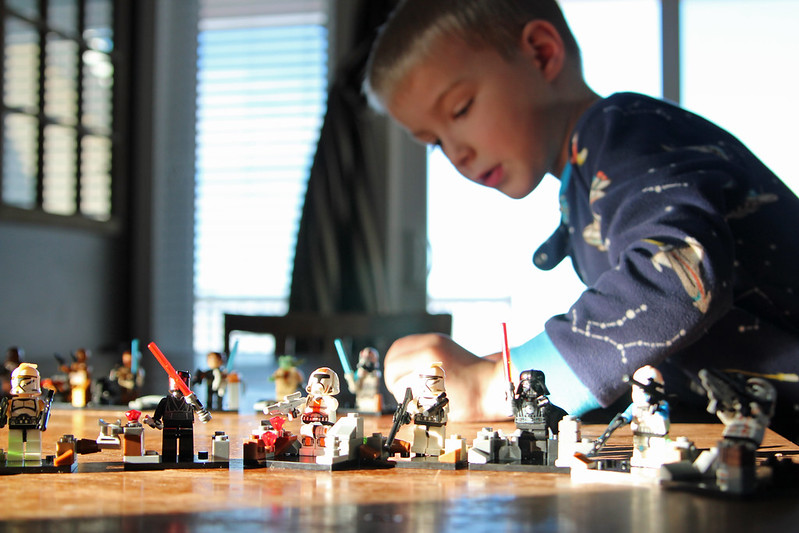 Overall he’s still a very sweet and kind-hearted little boy. I’ve seen him mature a lot in the last few months and family have told us that too. He handled the passing of GG very well and attended her funeral. I’m proud of our son that he understands about Jesus and the promise of heaven. When the pastor was speaking at the funeral, she looked into Braden’s eyes and said that this part of the funeral was when we let go of GG’s hand and Jesus will take her hand into heaven. Braden took off his glasses and wiped his eyes with tears. Having your 6 and 3 year old sons attend a funeral may not be for everyone, but I’m glad in our decision as it was such a valuable lesson for Braden to get the full circle of birth, life, giving your life to Jesus and going home to Jesus in heaven when we don’t live on earth anymore. 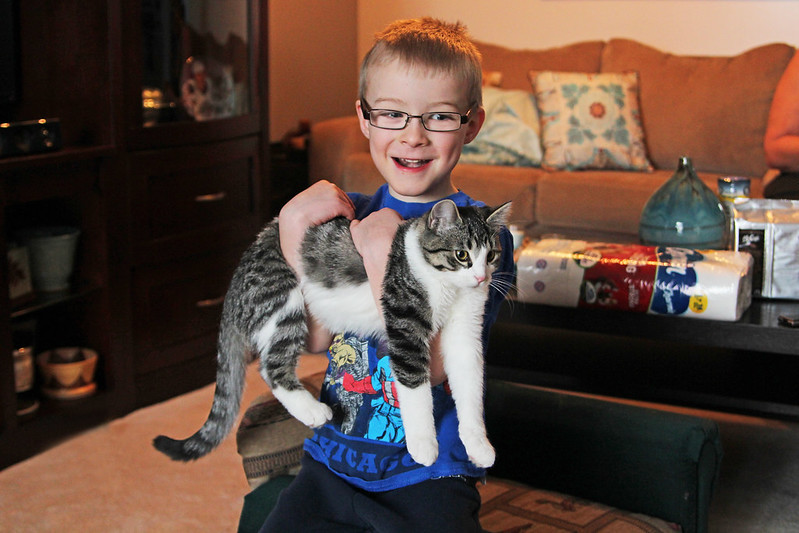 We just saw the doctor this week because Braden perpetually sounds “stuffed up” even when he doesn’t have a cold. I was right and his adenoids are grossly large, so we just started him on Nasonex spray to see if that will help decrease the swelling and also improve his speech, hopefully it does! Would like to avoid surgery if at all possible, Dr. thinks he’ll likely grow into his adenoids and hoping the medicine will help!

Six is going to be so much fun! We love you, Braden!