It was impossible to ignore the top story in my newsfeed the other day when the CBC headline stated “TPP would allow milk from cows receiving hormones into Canada“.

From this article we are reminded, following the TPP agreement, that Canada conceded 3.25% of dairy imports, and those imports may include fluid milk. It’s unclear if the potential fluid milk from the United States would be blended with Canadian milk, or any number of possibilities — right now, from what I gather, these stories on news outlets are all speculation and prospect, as nothing has been proverbially set in stone at this time.

CBC has noted that while illegal to use growth hormone rbST in Canada, it is legal in the US, stating that “rbST was reviewed by Health Canada in the 1990’s. Although it was determined that it did not pose a health risk to humans, there were animal health concerns, and therefore it was never approved for sale in Canada.” Some concerns for animal health stated in the report were increased incidence of mastitis, because cows that produce more milk are more likely to get mastitis. However, it is noted that this may be due to the fact that a cow given rbST to increase milk production might be at higher risk because of her higher milk production, not because of the actual hormone. It can certainly play a role, but there are other factors that need to be considered like environment, the herd and the season, as stated in the study.

The official reason why rbST was never approved in Canada is as follows:

Health Canada commissioned experts from the Canadian Veterinary Medical Association, to evaluate whether rbST was harmful to animal health. In its January 1999 report, this panel concluded that rbST use causes ‘an increased risk of mastitis of up to 25%, of infertility by 18%, and of lameness by up to 50%. These increased risks and overall reduced body condition lead to a 20-25% increased risk of culling from the herd.’

I feel it’s important to note that the Canadian report was done in 1999 and several other studies on rbST and animal health have been done since then, links can be found below.

American dairy farmer Annaliese Wegner writes on her blog post titled Why Do We Use rbST on Our Farm:

When a dairy cow gives birth to her calf, she gradually produces more milk each day until she reaches her peak milk production level at about 60 days, at which time her milk production declines over time. rbST supplementation is initiated between day 57 and 70 of the lactation cycle and helps cows prolong an improved level of milk production. Basically it helps the cow eat more and efficiently produce more.  The key word here is efficient.  rbST will not work if the cow is not healthy, is not provided with good nutrition and comfort.  rbST helps coordinate nutrients to boost milk production in healthy cows.  You could give a cow fifty injections of rbST, but if she is not healthy or happy the rbST will have no effect.

It is another tool in the toolbox for American dairy farmers (and dairy farmers in other countries it is approved in too), to use if they feel they need to and want to and it is best for their herd.

Is rbST Safe for Human Consumption?

Health Canada, as I already stated, never found rbST to be a risk to human health (including infants and children) and this was confirmed by the World Health Organization (WHO) and the Food and Agricultural Organization of the United Nations (FAO) in a report from 2014, as well as the FDA report from 2009 which was updated last year as well. 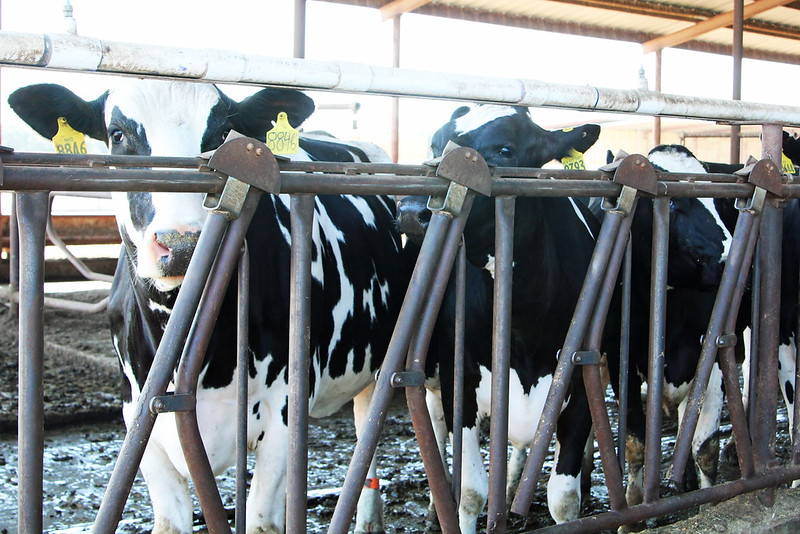 Milk from cows not treated with rbST has around 1 nanogram of bST per milliliter of milk. (That’s one part of hormone per one billionparts of milk.) Milk from cows treated with six times the normal dose of rbST (in studies looking at the safety of this hormone for cows and people) can have up to 3 nanograms of bST per milliliter of milk, but we’re still only talking 3 parts of hormone per one billion parts of milk. Whether or not a cow was treated with rbST, the total amount of bST in her milk is less than 0.000001% of all the protein in her milk.

How Much rbST is Used in the United States?

Approximately 17% of all farms in the US are using rbST, and to take it a step further, that number varies on the size of farms, with as little as 8.8% of smaller farms using the growth hormone, according to the journal AgBioForum’s article Adoption of Recombinant Bovine Somatotropin and Farm Profitability: Does Farm Size Matter?. Many dairy cooperatives in the US have disallowed the use of rbST from their dairy farmers, based on consumer demand.

Let’s not forget: hormones occur naturally in all living things — humans, plants, animals, insects— can’t live without them! The milk that you buy in your grocery store contains hormones that are naturally produced by the cows it was milked from. Is this normal? Yes. Is this safe? Absolutely!

For American consumers who purchase milk that was produced using rbST/rBGH, it has been proven time and time again that it is safe for humans and the difference in consuming milk raised with rbST is up to 3 nanograms difference. The cows are receiving a synthetic version of a natural hormone they already produce, much like how synthetic insulin is a safe, synthetic version of the insulin that non-diabetics naturally produce. 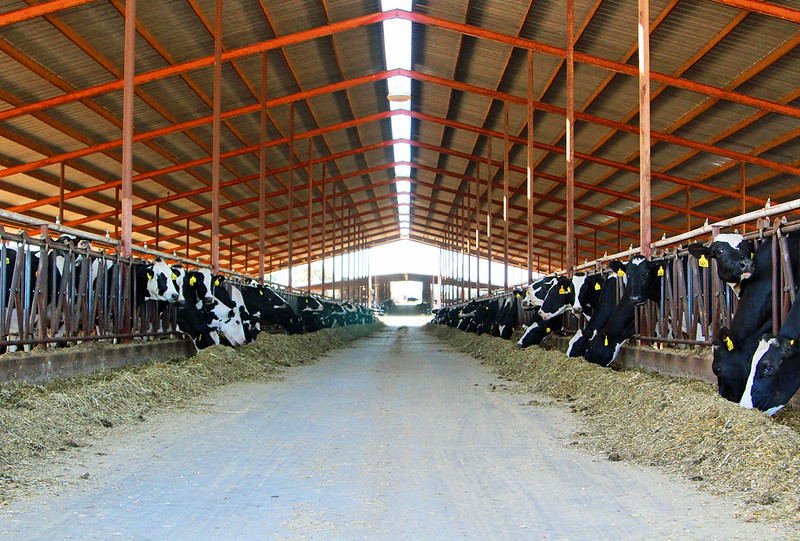 In Canada we are blessed to have the safest food system in the world, but this does not, in turn, mean that food produced in any other country is inherently not safe or by default a worse product. I want to give our dairy farming friends in the United States, Australia, New Zealand, etc. the respect that they deserve as hard working farmers, just like hard working Canadian dairy farmers, that care greatly about the health of their dairy cattle.

[…] milk from cows given it can not be distinguished from cows not given it. As cited in a post from Nurse Loves Farmer a study found that you would indeed have to give a cow six times the recommended dose to even find […]

Great article and, as an animal scientist, I agree fully that BST poses zero risk to humans.

Thanks for the comment. It was my goal to just present the science regarding BST and milk, period. No thoughts or opinions on TPP, quota or supply management — slippery slope!