Last night a CBC program, the fifth estate, reported objectively on the anti-wheat trend in an episode called “The War on Wheat“. They interviewed Dr. William Davis, author of the book Wheat Belly, Dr. Joe Schwarcz a chemist, myth-buster, & science-advocate from McGill University, health science expert and author of Is Gwyneth Paltrow Wrong About Everything? Dr. Tim Caufield, obesity doctor, diet expert, and author Dr. Yoni Freedhoff, and many more food science experts. They also interviewed two ladies, both named Rachel, who live their lives according to the ‘gospel’ of Davis. They believe, word-for-word, Davis’ wheat-free diet and claims that are based on smidgens of cherry-picked science to be absolute truths. The misunderstandings demonstrated by these two ladies alone just proves how big this war on wheat really is. 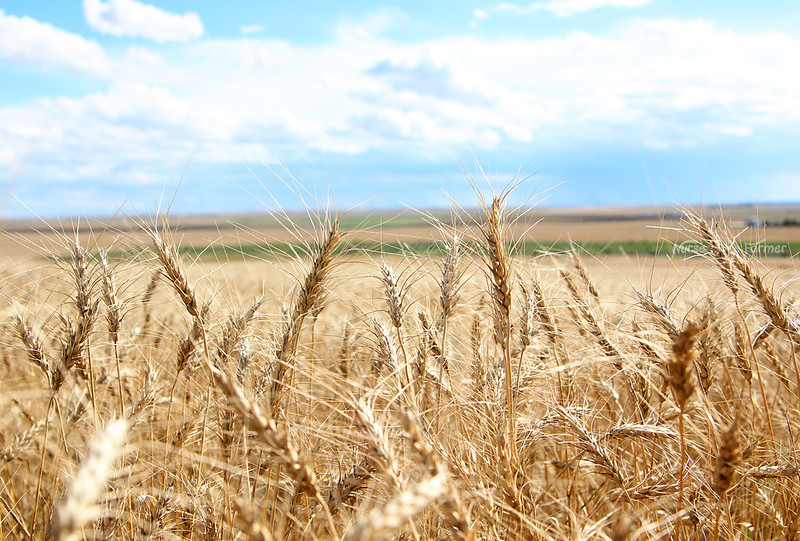 Highlights of the Show

Davis claims he didn’t set out to be the enemy of wheat and that you shouldn’t trust the government or food scientists, rather you should trust him. The show also noted that Davis has not ever conducted any of his own scientific studies regarding wheat and health or ill-effects, and that his book is based on his own and others’ personal experiences (anecdotal evidence). I agreed with Tim Caufield when he said “a bunch of anecdotes does not make good data”, because it’s true! Davis claims that he is waging war against misinformation in health and that a diet rich in healthy whole grains is destructive to our health. I found that to be the biggest eye-rolling moment of this show, the fact that Davis feels he is waging war on misinformation.

He claims that modern wheat is “Frankenwheat” and is not your grandparent’s wheat. I’ve already debunked this claim, but it baffles me how many people continue to ignore what science says. Why do people believe in food evangelists like Davis, asked CBC journalist Mark Kelley. “We want to believe in magic; the truth is not easy to sell. The truth is not sexy” claims Dr. Freedhoff, and I wholeheartedly agree.

Mark reported that 56% of Canadians have cut down on whole grains in their diet and that the $6 billion dollars in gluten-free sales is a “win” for the anti-wheat movement. He also reported that despite widespread support from scientists regarding food, only 37% of the population believes genetically modified food is safe to eat. When Mark asked Davis why he has personally escaped all health problems (as a wheat-eater), that Davis claims are caused by eating wheat, Davis told him “there is great individual variation, but it is very uncommon for someone to escape all health problems” associated with wheat. Davis says it’s a very tough cause and effect to connect…even though his whole war and manifesto are based on cause and effect! Mark then narrated in the show that anecdotes do not equate to science, but it makes for fun stories.

This is one of these arguments that has one smidgen of scientific fact to it, which is then exploded into a whole blob of nonsense. When you find something in a book that is absolutely wrong, it makes you question everything else that is in there.
Dr. Joe Schwarcz

Dr. Davis’ book is merely his opinion, stated Dr. Ravi Chibbar, a wheat geneticist who advises the grain industry. Unfortunately, as Mark Kelley noted, Dr. Davis isn’t just “any person with an opinion”. He has won the trust of millions of people because he is very charismatic, not unlike an evangelical preacher stated Dr. Freedoff. He also has many high-profile celebrities following his diet like Gwyneth Paltrow, Miley Cyrus and Anne Hathaway. Scientists are being drowned out by pseudoscience and celebrities in the war on wheat, says researcher Dr. John Ioannidis of Stanford Univeristy. Scientists don’t have that “rock star” appeal, and the public listens to movie stars.

I enjoyed seeing what fellow Twitter users has to say and here are some key takeaways from the episode.

There is no scientific research to support the claim that modern wheat is responsible for an increase in obesity or diabetes. #waronwheat

Dr. Davis admits his Wheat Belly Book is not based on science because science doesn't sell books #waronwheat

.@CCAceliac proud to be an organization based on science. Thank you @cbcfifth for questioning the "science" of Wheat Belly. #WarOnWheat

Who do you believe when you make food choices, Celebrities or food scientists? #WarOnWheat #FarmToFood

Did you know that #wheat feeds more people than any other single source in the world. #ontag #waronwheat #FactFriday

Who is the REAL food HERO? The man who saved BILLIONS or the man who makes millions? #WarOnWheat @cbcfifth pic.twitter.com/k14VKiaDL7

He also says this is a “war on terror”, not just a war on wheat. So are we thereby terrorists for growing wheat? Sensationalism much?! Davis feels that the greater scientific community has overlooked and misinterpreted the data and has not looked at all the evidence.

No scientists or medical organizations have endorsed Wheat Belly and the grain-free lifestyle. This is because it is based on anecdotal evidence, not science. Davis’ book is an accumulation of anecdotes, which does not equate to science. Davis provides anecdotes for human interest as it makes for “fun reading”, as Davis said himself.

The Rachel’s in this show were skeptical of the science of modern wheat as they queried the motives of researchers. Who paid for the studies, they asked. Are you going to believe scientific consensus on the nutrition and safety of modern wheat, or are you going to trust and support a man who has made millions selling his book of advice based on beliefs?

I began following Wheat Belly about 3.5 years ago and experienced incredible health benefits including about 55lbs of weight loss. I didn't want to wait around 10 years for some study to tell me this works. Blood pressure is down, blood sugar is down, triglycerides are down, HDL up, c-reactive protein down. Lost 8-10 inches in my waist. I feel better, sleep better, and I haven't even had a cold in 3 years. Many people are experiencing the same thing as well and I follow the Wheat Belly social media almost daily. The war on wheat is very real, and… Read more »

That's because you quit eating cake cookies and pizza. It's not the whole wheat that's bad for you its all the junk they add to it that puts the pounds on, unbelievable. Whole Wheat is very very good for you end of story!!!!

I found there were some great things in the doc. There could have been more depth explained. First off the wheat we eat in Canada has been mainly created through public plant breeding. We don't plant or grow GM Wheat in Canada and I think that also helps to debunk that connection. That was a big miss by the Fifth Estate. The issue of Gluten itself is one that needs to be exposed. I learnt some great things. It needs to be approached as separate to the GM food debate and some people are correlating the two.

Yes, the show definitely alluded to "genetically modified wheat" but all wheat has been genetically modified…just not using biotechnology, thus not making it "GMO" wheat. That's where it gets tricky with the language. GMO wheat is coming down the pipeline, I don't see that as a bad thing, so I try not to counter any arguments with "there is no GMO wheat" because while that is true right now, it's coming!

why are people able to eat breads in Europe and not in North America?

I'm going to need a little more context than that to accurately answer, but what I believe you're alluding to is that wheat is somehow inherently different in Europe than North America. Canadian and American wheat is exported all over the world, including Europe. Canadian wheat is some of the highest-quality with some of the most-desired traits. Millers have specific blends they desire to get the right consistency and I believe you'd be hard pressed to find the majority of bread in Europe "100% free of Canadian wheat". If you would like some more info, I'd be happy to help… Read more »

…actualy, when people can eat bread (or, milk, or meat, or whatever) in Europe but not North America, it's evidence that their afflictions are 100% psychosomatic.